BEIJING (CHINA DAILY/ASIA NEWS NETWORK) – Beijing and Washington should avoid creating confrontation as they roll out efforts at a working level to translate into reality the consensus reached at the recent high-level strategic dialogue in Anchorage, Alaska, a senior diplomat said.

China and the United States are cooperating on some specific issues, as they “have provided favourable Covid-19 vaccination arrangements for each other’s diplomats”, Vice-Foreign Minister Le Yucheng said in a recent interview with the Associated Press.

He noted that Mr John Kerry, climate envoy for US President Joe Biden, visited China for discussions on cooperation on climate change, adding that “all these are positive trends that should be encouraged”.

The interview was done at a time when bilateral ties have been overshadowed by Washington stepping up official contacts with Taiwan and seeking greater alignment with some Asia-Pacific allies to pressure Beijing, experts said.

In the interview, Mr Le addressed key topics related to the two largest economies, such as Taiwan, Xinjiang, Hong Kong, the South China Sea, Covid-19 and climate change, according to a transcript released by the Chinese Foreign Ministry on Sunday (April 18).

“For two big countries like China and the US, competition might be inevitable. But competition must be healthy and should not be allowed to become a vicious zero-sum game,” Mr Le said.

Some people in the US are competing to see who is tougher on China and taking this as a politically correct thing to do, which Mr Le said is dangerous and could “derail this relationship and lead the world to catastrophes”. He added that such a tendency must be stopped.

Last week, the White House added to the Taiwan Strait tension by sending to Taiwan a delegation of former officials, including a former senator and two former deputy secretaries of state.

In response, Mr Le reiterated China’s resolute objection to any form of official engagement between the US and Taiwan, saying that the Taiwan question bears on China’s core interests and “there is simply no room for compromise”.

He said: “Whether it be a low-level or high-level (delegation), official engagement is what we firmly oppose. The US should not play the ‘Taiwan card’. It is dangerous. The one-China principle is China’s red line. No one should try to cross it.”

When asked about the timetable for the Taiwan question, Mr Le said: “It’s a process of history.”

Professor Wang Yiwei from the School of International Studies of Renmin University of China said that while the Biden administration’s China policy is still far from taking its final shape, it has inherited the previous administration’s strategy of blocking China.

Washington’s recent and frequent aggressive moves serve its aim to “coerce and frustrate China, in particular, the production chain and supply chain that matter to China’s economy and its technology-driven sectors”.

“We hope that the US will do more things conducive to regional stability, rather than making provocations and creating troubles, because this could cause accidents,” he said, adding that the two countries could, instead, embark on maritime cooperation there.

When asked about the issue of trust between China and some US-led Western countries regarding Xinjiang, Mr Le said: “The US doesn’t trust us because it has its own calculations. It prefers to believe in the presumption of guilt.

“Xinjiang is open to the outside. We welcome everyone, including journalists, to Xinjiang, but some are unwilling to come and visit. We have invited Western diplomats to Xinjiang, but they are still reluctant to accept our invitation. I wonder what they are afraid of.” 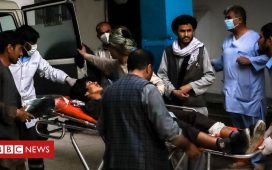 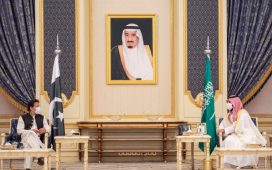 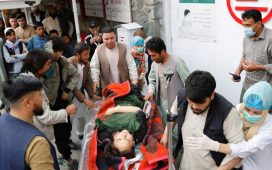 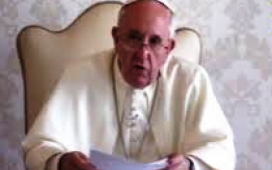