A contract worth £25m for an “express freight service” to deliver emergency medicines into the UK after Brexit will be put to tender by government, the Department of Health has announced.

The service, which hopes to tackle fears of shortages in life-saving emergency medicines in the event of no-deal, aims to transport parcels of medicines with a 24-hour turnround, and larger batches of products over two to four days.

David Lidington, the cabinet secretary, announced in June that the health department was setting up express freight arrangements for products requiring delivery in a 24 to 72-hour timeframe. He described the plans as an “urgent contingency measure” in the event of a no-deal Brexit.

The pledge raised questions over excessive spending on contingency planning, particularly given the £80m notoriously spent on botched ferry contracts by the then transport secretary, Chris Grayling.

Andy McDonald, shadow transport secretary, responded to Mr Lidington’s announcements by saying past payments for freight contingency planning had been a “catastrophic waste of money”.

A notice for the express freight contract was posted on the Office Journal of the European Union on July 23 and announced by Chris Skidmore, health minister, on Thursday.

He said the tender for the service was intended to send a “clear message” that medicine supply chains remain uninterrupted regardless of the circumstances of Britain’s departure from the EU.

“I want to ensure that when we leave the EU at the end of October, all appropriate steps have been taken to ensure frontline services are fully prepared,” he said. “That’s why we are stepping up preparations and strengthening our already extremely resilient contingency plans.”

READ  TSB boss Paul Pester to step down after IT fiasco

The service aims to support the uninterrupted supply of medicines and medical products where there is an urgent need or where supplier’s logistics plans are disrupted.

The Department of Health said the £25m was in addition to £2bn pledged by the Treasury for post-Brexit contingency planning across government. That headline figure already includes a commitment of £434m, including £300m for freight supplies, to be spent on making sure essential medicines and other medical products reach those who need them.

Existing plans include building reserve stocks of medicines and products, securing additional warehouse capacity and supporting companies to ensure their supply chains can cope with new customs and border requirements.

Health advocates have expressed grave concerns at the risk of disruption to medical supply chains posed by Brexit, in particular for products that have a short shelf life or require cold storage.

The BMA, the doctors’ union, said it was “beyond alarming” that delivery was dependent on a freight service for which a supplier had not yet been appointed.

“This latest announcement from the government is a further indication of the chaos that will lie in store for the NHS and patients in the event of a no-deal Brexit and highlights just how costly this will be,” David Wrigley, BMA’s deputy chair, said.

“A no-deal Brexit could lead to untold disruption for health services . . . The inability to supply critical medication will place patients’ lives at risk.”

Mike Thompson, chief executive of the Association of the British Pharmaceutical Industry, said: “Pharmaceutical companies have been doing everything in their power to prepare for the UK’s exit from the EU, including increasing stocks and planning alternative supply routes where possible. But some things are outside their control.

READ  Fed-Cut Bets Firmed on Iran Tension, But Just One Easing Is Seen

“We welcome these important additional measures to help get medicines to patients in the event of a no-deal Brexit.

“However, we reiterate that securing a deal remains the best way to protect patients.” 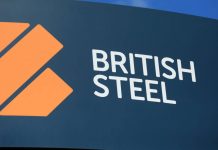 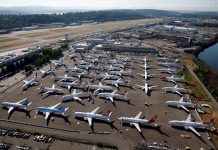 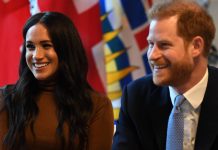 Canadians count the cost of hosting Harry and Meghan

‘Not fit for purpose’: tax glitch putting pensions of self-employed at risk

Why won’t our banks take a simple step to stop fraud?

Chancellor Sajid Javid talks up the economy, and what’s next after Brexit Day 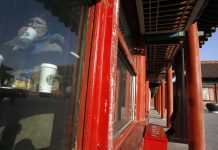