Healing among Indigenous people is more crucial now than ever. Here’s a way forward | Pat Dudgeon and Zena Burgess

For many peoples and communities who already experience marginalisation and disadvantage – including Aboriginal and Torres Strait Islander peoples – the Covid-19 pandemic has compounded and highlighted existing issues, such as a lack of housing and access to health care, food insecurity, financial distress, unemployment and poverty.

Aboriginal and Torres Strait Islander peoples are nearly twice as likely to die by suicide and are almost three times more likely to be psychologically distressed than non-Indigenous Australians.

There’s never been a more critical time for healing. But what does that look like?

There is a growing body of work dedicated to Aboriginal and Torres Strait Islander social and emotional wellbeing frameworks, research and practices.

The term social and emotional wellbeing is used by many Aboriginal and Torres Strait Islander peoples to describe the social, emotional, spiritual and cultural wellbeing of a person. For Aboriginal and Torres Strait Islander peoples, health and wellbeing is viewed holistically and sense of self includes the individual, their kin (family), community and Country (land, sea, and sky). Mental and physical wellbeing are viewed as important domains that are inextricably linked and of equal value to the other necessary domains of wellbeing.

The term social and emotional wellbeing recognises that a person’s wellbeing is influenced by current policies and past events, such as the effects and aftermath of colonisation and the cultural determinants of health, including systemic racism, dispossession of land, social exclusion and intergenerational trauma.

Protective social and cultural determinants – such as community cohesion and cultural revitalisation, self-determination and connection to Country and spirituality (ancestors) – are also recognised.

But Australia’s mental health system is built on a western viewpoint, where western knowledge and methodologies are the default approach to psychological frameworks. Little recognition is given to Aboriginal and Torres Strait Islander worldviews, wisdom, knowledge and methods, which span more than 60,000 years and represent the resilience of the oldest living culture.

Psychologists know how important it is for people to feel heard and understood. Research shows that better therapeutic relationships with patients lead to better outcomes.

This is especially true within the wider mental health care system. How can a system help you if it doesn’t understand or even acknowledge you, your community and your culture?

For those of us who work in Indigenous mental health spaces, both within Australia and internationally, we are looking at how to decolonise mental health care.

The process and impacts of colonisation are more than physical. They are a cultural and psychological process that determines whose knowledge is dominant. It filters into social, political and health systems, including the mental health system.

Decolonisation seeks to remedy this by listening to the voices of Indigenous peoples. Just as colonisation took time, so will healing our nation.

In Australia, Aboriginal community controlled health organisations (ACCHOs) represent best-practice healthcare for Aboriginal peoples, and embody self-determination. Decolonising mental healthcare means that Aboriginal ways of knowing, being and doing are heard equally and ACCHOs are empowered to provide care for peoples and communities.

Aboriginal and Torres Strait Islander empowerment and self-determination can be powerfully protective against psychological distress.

Culture, while important, alone is not enough. The larger forces and systems need to play their role and become culturally responsive. Maintaining connection to Country, ancestry and kinship networks, as well as cultural continuity, Indigenous governance, self-determination and effective partnerships with government are fundamental to healing and supporting social and emotional wellbeing. Mainstream services need to look at how they can also be part of a solution.

Psychology students are often taught about Indigenous issues through a Western, colonial lens, and this monocultural approach produces graduates who later work with Aboriginal and Torres Strait Islander peoples, but know little about how to do so in a culturally safe, responsive and respectful way.

The colonial education model also deters Aboriginal and Torres Strait Islander students through presenting a singular approach to treatment. We are excluding a workforce who are likely to be better equipped to practice with cultural responsiveness and empower their colleagues to do so too.

But there is hope for positive change.

The Australian Indigenous Psychology Education Project (Aipep) was created in 2012 to increase recruitment, retention and graduation of Aboriginal and Torres Strait Islander psychology students, and to integrate Indigenous knowledge and psychologies in psychology courses for all students.

The project has been endorsed by the Australian Psychology Accreditation Council, and in 2019 it issued a statement of support in its new accreditation standards, with new standards requiring psychology schools and departments to incorporate Indigenous knowledges in the curriculum and to include cultural responsiveness as a graduate competency in the training of all psychology students.

Several universities have made strides in meeting the requirements of the new accreditation standards and have formed part of the reference group for the revised Aipep 2 initiative. This new project will be overseen and guided by members of the Australian Indigenous Psychologists’ Association and other senior Aboriginal and Torres Strait Islander scholars and practitioners to ensure Indigenous governance.

The Australian Psychological Society also partnered with the original Aipep team and is a member of the executive reference group for Aipep 2. More than 60% of universities have enthusiastically joined the Aipep 2 reference group and project initiatives.

As psychology students are increasingly emerging with a deeper understanding of social and emotional wellbeing, they need to be met by workplaces and professional bodies that support those policies and practices.

The Australian Psychological Society, the largest peak body for psychologists, has also supported a decolonisation agenda by taking a firm stance against racially motivated violence and the Black Lives Matter movement, as well as issuing a formal and unprecedented apology to Aboriginal and Torres Strait Islander peoples for the profession’s involvement in past policies and practices, including the Stolen Generations.

More culturally appropriate ways of providing services for Aboriginal and Torres Strait Islander peoples and communities will emerge only by working in genuine partnership with Aboriginal and Torres Strait Islander communities, supporting self-determination and broadening our understanding of mental health to include a more holistic endeavour of social and emotional wellbeing.

We invite you to walk with us on this movement for a better tomorrow for all Australians. 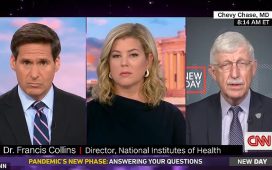 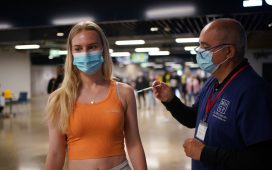 Lisa Riley health: ‘It messes with your head’ Actress discusses her IVF journey 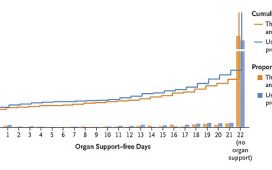