NEWSCABAL
Home » 'He took us all to heaven': football fans react to Diego Maradona's death
football

'He took us all to heaven': football fans react to Diego Maradona's death


It is perhaps the strength of feeling for Diego Maradona that sets him apart from other great footballers. Having grown up in poverty and gone on to be revered as a world champion, his story has been an inspiration, while his mesmerising skills gave millions of fans unadulterated joy time and time again. Football fans around the world have been in touch to share their tributes, telling of the lasting impact he had on their lives.

Nowhere is that feeling stronger than in Maradona’s native Argentina. “Maradona was one of those people who, unintentionally, helped everyone to understand that, even being human and fallible, we can do amazing things. Things that seems impossible to reach or even dream,” says Diego Martínez, a 34-year-old designer. “He also made me realise that we’re not entirely good or bad; we are human. Even though Maradona didn’t seem from this planet sometimes, he was one of our kind, but one of his kind.”

Diego Martinez drew this tribute to Maradona the day after he died. Photograph: Diego Martinez/Guardian Community

Sonia Garcia, 57, who lives in Mendoza, says she “grew up almost at one with my dear Diego”. “I loved his energy, strength and talent as a footballer, and his powerful voice, his humour and irony,” she says. “He was extremely intelligent, a profound human being, with lights and shadows.”

Sonia Garcia is ‘heartbroken’ by Maradona’s death, saying: ‘We will miss him so much.’ Photograph: Sonia Garcia/Guardian Community

‘You may think this is too much, but you didn’t see him play’

Maradona’s legacy at Argentina is matched perhaps only in Naples, where he is still revered for securing the city’s club the first league title in their history. Sergio Travi describes Maradona as “a myth” and remembers when he joined Napoli. “I still remember the excitement when, for the first time, he simply kicked a football on the pitch,” says Travi, now a 58-year-old Italian teacher in Colchester.

“You can see hundreds of videos, but they cannot explain who Maradona was on the pitch, for the opponent team and for us supporters. It feels as if a close relative has died. You may think that is rhetoric, that all this is too much. Maybe you are right. But you didn’t see Maradona play.”

Sergio Travi (left, under the flag) celebrating with his friends after Napoli won the Uefa Cup in 1989. Photograph: Sergio Travi/Guardian Community

Robert Garcia, the son of Argentinian parents who now works as a lawyer in New York, remembers being chased off the pitch by police officers after trying to get an autograph from Maradona during a friendly between Napoli and Pumas in California when he was 12 years old.

“I jumped on the field, ran up to Diego and asked him for his autograph,” he says. “Within seconds, I was running for my life as police officers chased after me. But I got what I wanted. My dad put the banner signed by Diego and the pen he used in a nice frame, which I still have to this day.”

Maradona touched fans thousands of miles from Naples, or Argentina. In Dhaka, Bangladesh in 1982, a four-year-old Paula Aziz was taken by her father to a poster shop to buy a Mickey Mouse poster, and instead came back with a life-size poster of Maradona.

“Diego embodied the ultimate football fantasy,” she says. “My affair with Argentina, with football and with Diego started at that. After so many years still it is just as fresh as it was then.”

‘June 1986 was the month that defines my childhood’

In West Lothian, Scotland, during the summer of 1986, James Williamson was 10 years old and “buzzing with excitement” about his “first real World Cup”. His mum allowed him to stay up late to watch all the matches. He was amazed by Maradona’s skills and decided: “This is my guy and, by default, this is my new team.”

James Williamson, who has been an avid fan of Maradona’s since he was a young boy, and his own son Jamie, watching Maradona on the TV. Photograph: James Williamson/Guardian Community

Despite being unable to point to Argentina on a map, James decorated his house with hand-drawn Argentina flags. His mum “made it her mission” to find him an Argentina football shirt for Christmas, Foreign kits were not widely available in the mid-1980s but she was not deterred. “My Gran later told me that my mum walked the length and breadth of Glasgow to find me one and refused to give up until she finally managed to find me one against the odds,” says James, now 45 with a son of his own. “I still remember it as the best Christmas present.”

“In many ways June 1986 was the month that defines my childhood. When I heard the news of Diego’s passing I closed my eyes and recalled the perfect childhood summer spent watching the greatest ever player in the greatest ever World Cup.”

At the same time in Nigeria, Wole Odetola and his friends were “growing up with Maradona”. “To us he was a God,” says Wole, who now works as a project manager in Bedford.

“In the 1986 World Cup he took us all to heaven.” Forty minutes into the quarter-final game against England, there was a power cut at Wole’s home. We all ran out into the street looking for any district that still had power running. We finally got to a nearby neighbourhood that had ‘light’ and then from the very depths of the earth, a thunderous roar ‘GOOOOAL’ from every house in that neighbourhood,” he says. “Then the chant ‘Maradona, Maradona” from living rooms, balconies, backyards, rooftops everywhere. We knew magic had just happened.”

‘His failings made him more human’

Benjamin Ginsborg, whose family moved from England to Italy in 1984 when he was six years old, says he “cannot overstate how much Maradona meant to me during my childhood”. Even though he was living in Florence, Benjamin became a Napoli fan because they had Maradona. He is still a loyal supporter.

“Even once Diego fell from grace, I never felt alienated by him,” says Benjamin. “On the contrary, I always thought his failings made him more human than larger-than-life role models. Surely his story was a cautionary tale on drugs and the burden of too much adulation, yet it was above all a story of talent, inspiration, joy and almost uncanny identification between the ‘underdog’ locations of Naples and Argentina, and their idol.” 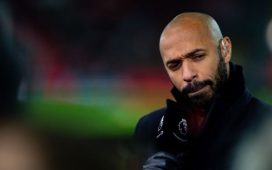 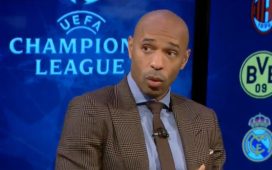