Prince Philip sustained the Queen through an “extraordinary” reign, giving her “constant love” across a life dedicated to the UK and Commonwealth, Boris Johnson has said as he led tributes to the Duke of Edinburgh in parliament.

Addressing MPs, the prime minister said Philip was the best “royal champion” since Prince Albert, and promised a “suitable memorial” would be created once the eight-day period of mourning passes.

Johnson admitted Philip was sometimes “politically incorrect” – referencing the time the duke told a British student in Papua New Guinea that he was lucky not to be eaten, and the time he asked if the people of the Cayman Islands were descended from pirates.

Johnson said: “It is true that he occasionally drove a coach and horses through the finer points of diplomatic protocol … The world did not hold it against him. On the contrary, they overwhelmingly understood that he was trying to break the ice, to get things moving, to get people laughing and to forget their nerves.”

Philip was above all a “practical man”, Johnson continued, referencing the duke’s ingenuity, during his service in the Royal Navy, in creating a “floating decoy” that allowed his ship, the HMS Wallace, to sail away unharmed during the invasion of Sicily.

The prime minister added: “I suspect he might be embarrassed or faintly exasperated to receive these tributes. He made this country a better place, and for that he will be remembered with gratitude and fondness for generations to come.”

Sir Keir Starmer, leader of the Labour party, said Philip was “much loved” and that during the more than 70 years he was married to the Queen, “the monarchy has been the one institution for which the faith of the British people has never faltered”.

Starmer said when he was a child, aged 14, he participated in the Duke of Edinburgh award scheme, beginning by volunteering at a mental health hospital and ending by wandering around Dartmoor with a compass and a map in the pouring rain frantically trying to find his way. “If that doesn’t prepare you for coming into politics, nothing will,” Starmer said, to chuckles from the benches.

Starmer said Philip was a “funny, engaging, warm and loving man” who lived a life in “strong and vigorous brushstrokes, like his paintings” and added: “We offer up this tribute to the Duke of Edinburgh, for a lifetime of public service: the gold award.”

The House of Commons was recalled from Easter recess a day early in the aftermath of Philip’s death, which was announced on Friday.

Before proceedings got under way in Westminster, politicians in the devolved parliaments also gathered to give speeches and remember the Duke of Edinburgh’s life.

Nicola Sturgeon, Scotland’s first minister, said in Holyrood that Philip and the Queen were a “true partnership”, and that he faced the challenge of being married to a powerful woman during a period when men usually held positions of authority, yet was devoted to supporting the monarch.

Sturgeon said she had enjoyed speaking to the Duke when she stayed at the Queen’s private Scottish home, Balmoral, recalling: “He was a thoughtful man, deeply interesting and fiercely intelligent. He was also a serious bookworm, which I am too, so talking about the books we were reading was often, for me, a real highlight of our conversations.”

Arlene Foster, first minister of Northern Ireland, described Philip as a “true intergenerational legacy to our youth, our United Kingdom and the world’s environment”. She said his life was shaped by history and that he had been “robbed of” his uncle Lord Louis Mountbatten, who was killed by an IRA bomb in 1979. “Such momentous disruptions could easily have left this young child to withdraw from life, but each burden was borne on his young shoulders,” she said.

Foster added: “The Duke of Edinburgh demonstrated the desire for a better future, and particularly so for our younger generation. So let us embrace his legacy to positive effect as we all go about the job of seeing Northern Ireland reaching its full potential in the new century ahead of us.”

In Cardiff, Mark Drakeford, the Welsh first minister, said “to have lived such a life at the centre of world events, and in a way which made almost every experience of public, rather than simply private interest, makes it even more remarkable still”.

He said that Philip, who also held the title of Earl of Merioneth, had championed “a broad diversity” of causes in Wales. 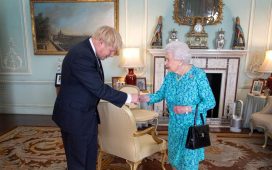 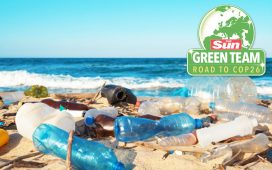 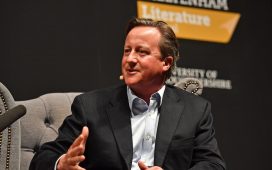 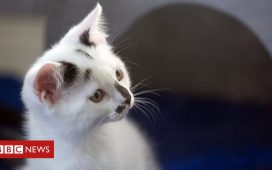