HARRY REDKNAPP hailed the Tottenham job as the best in the world – but warned Nuno Espirito Santo he has got to get it right.

The ex-Wolves boss, who only took over in the summer, is already feeling the heat after back-to-back 3-0 Premier League drubbings by Chelsea and Crystal Palace.

And the Portuguese manager recently admitted he already has “big problems” to solve, with the honeymoon period in North London coming to a bitter end.

Redknapp, who managed Spurs from 2008 to 2012, told SunSport: “The Tottenham job is a fantastic job – oh my god I am dreaming of it.

“A megabucks new stadium, a fantastic training ground and superstars in the squad, wow being manager of that club is a really great job.

“Nuno is a good man and a great manager offering exciting, free-flowing, attacking football, but when your side gets beat it’s natural for a few cracks to show.”

Two out of the North Londoners’ last five goals they’ve conceded have come from set-pieces.

And Nuno lambasted his aces for this when listing the problems they’re facing.

Redknapp continued: “Of course they’re going to be conceding at set pieces when they’ve got Dele Alli marking the likes of Thiago Silva.

“I thought it was very strange for Nuno and his backroom staff to sit in the dressing room before the Blues clash and make that call.

“He’s identified set pieces as a weakness in his team, but then he’s putting Alli up against Silva, who wants to come and head the ball for his life.

“It was a complete mismatch and of course they were made to pay big time for that when Silva grabbed the opener.

“I don’t know how you can do your homework before a game knowing full well that Silva is the main man in set pieces then get your three best markers on Romelu Lukaku instead.

“For me I don’t see why Nuno has got forwards marking the opposition’s best headers of the ball, because it happened again with Antonio Rudiger’s goal as well.

“This is something Nuno has got to tidy up ahead of the crunch North London derby tomorrow.”

Nuno cursed the club’s “terrible” luck with injuries as they lost more players in their Europa Conference League draw at Rennes earlier this month.

But Redknapp reckons there can be no excuses when pushing for a top four spot, with the likes of Harry Kane, Son Heung-min and  Alli fit.

He said: “In my mind the North London Derby is an opportunity for Tottenham to show why they should be challenging for the top four.

“Nuno mentioned injury problems, but having Kane, Son and Alli in your forward line, you should be cementing your place in those Champions League spots.

“The Arsenal back line will be looking at them ahead of today’s game and wondering how they’ll cope, because it’s been hard work for them at times this season.

“A lot of it will come down to whether the Gunners can raise their game, because there’s no doubt Tottenham have a much better squad.”

Redknapp’s first game as Spurs boss was the short trip to the Emirates to face Arsene Wenger’s Arsenal in October 2008.

The North London derby is always the best

Aaron Lennon’s injury-time equaliser capped a stunning fightback from Tottenham in a 4-4 goal fest that day.

Redknapp said: “For me the North London derby is always the best, it was a real blood and thunder game, your whole week revolved around it.

“I will always remember Danny Rose lashing in a 30-yard volley in a 2-1 win over the Gunners in 2010 for his first ever Spurs goal.

“Derby days are alway tight and you never know what could happen tomorrow.”

Redknapp reckons tomorrow’s crunch clash is a golden chance for Spurs to get Nuno’s love affair in North London back on track.

They currently sit in seventh and trail fourth-place Brighton by just three points.

He added: “I think there will be a great atmosphere in the Spurs camp this week and Nuno has a good chance to get that feel good factor back.

“He recently mentioned that his side have lost that “good feeling” from their strong start under him.

“But after they threw off their shackles to scrape past Wolves on penalties in the League Cup I think it will have been a major confidence boost to them – and so will a win today.”

AT only 63 calories per can, a sugar content far lower than major competitors and a range of delicious fruity flavours, Carabao Energy Drink is a great option for those looking for healthier alternative energy drinks. The brand has extended its sponsorship of the Carabao Cup until 2024. 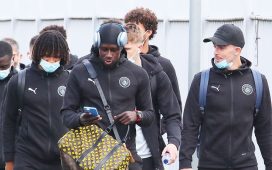 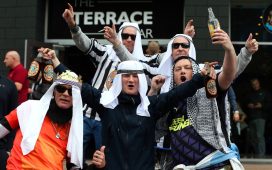 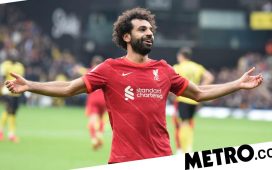 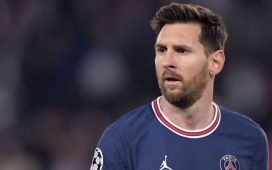 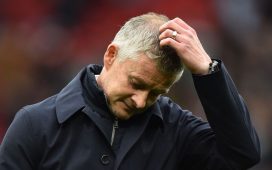