When you have been on Harry Kane’s sort of journey, it is clear self-belief is not an issue.

From early loan moves to Leyton Orient and Millwall to three Premier League Golden Boots, a World Cup Golden Boot and the prospect of a record-breaking transfer, Kane has always been pretty sure of himself.

His confidence will not have wavered during that recent barren run but now Kane has struck three times in the last two matches and was at his clinical best against Ukraine, it is verging on bullishness.

Andreas Christensen, the Chelsea defender who has emerged as a key player for the Danes, said everyone in the Denmark team knows Kane’s qualities and “has an idea of what we can do to stop him”.

Which is all well and good, but if Kane is on his ‘A’ game, can he be stopped?

“To be honest, probably not,” says the man himself. “My understanding of what I need to do to not just help myself, but the team, is probably at its best in my career so far.

“I feel like when I am playing at my best, I can score goals or provide assists against anyone.

“I still think I’m an improved player from 2018 in terms of my all round play.”

Kane is alluding to the semi-final defeat to Croatia three years ago when, despite ending the tournament as top scorer, his impact lessened as England’s campaign stretched further.

His performance in the Stadio Olimpico was prime Kane but even if the Danes do find a way to nullify the captain’s threat, that does not mean they nullify England in the way Croatia ended up doing in Moscow.

“If you try and stop me then that’s ok because you have got other players who are just as good,” says Kane. “It is not the case where you stop me and you stop us – we have plenty of threats, plenty of options, plenty of different ways of playing.”

And that is because Kane believes this is a more accomplished England than the one that lost in the last four in Russia.

He says: “We are more experienced in high pressure games – not just internationals but also at club level.

“We have had a lot of players playing Champions League finals, Premier League title runs, Cup finals, so I feel like the team understands these situations better.

“Of course, we can always learn from 2018 but I feel we are a bit more experienced and understand the situation.”

And, as unlikely as it seemed when he drew a blank in the group stages, they have a Kane who could yet win another Golden Boot.

He is amongst a group of players on three goals, two behind joint table-toppers Cristiano Ronaldo and Patrik Schick, neither of whom, of course, will add to their tallies.

“It’s not something I definitely set out to get, the first objective is to win the main trophy. If I am scoring goals and I end up winning the Golden Boot it means we have a greater chance of being successful.

“As a striker it would be great to win it but I would trade all my individual trophies for a team trophy any day and that’s the opportunity we have.”

A golden boot and a golden opportunity beckon. 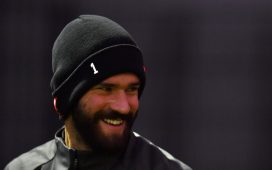 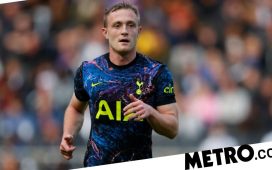 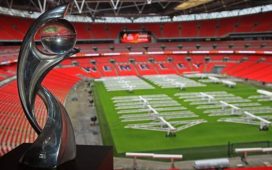 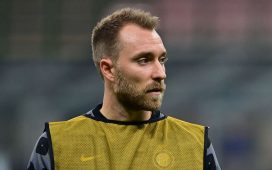