It was a moment that was difficult to make up. In the warm-up before this one-off Europa League qualifying tie, Tottenham’s goalkeepers sensed that something was amiss. The goals were too small. “The goalkeepers live hours in the goal and so they know when it is not the right dimensions,” José Mourinho, the Spurs manager, said.

Mourinho went over to check for himself and he found the same thing. “I also knew when I stood there and I stretch my arm [up],” Mourinho said. “It was 5cm smaller [in height] so we demanded that they be replaced for goals of the right dimensions.” Cue a hasty adjustment of the goals at both ends of the stadium. They were taken down and, when they went back up, strangely, they were then of the correct height. Shkendija would later say that it was not their normal stadium and they knew nothing about it.

If Shkendija had been guilty of trying to move the goalposts, of trying to eke out some sort of advantage given the expectation that they would be defending rather more than attacking, then Spurs managed to make life difficult for themselves as well.They were so much better than Shkendija in terms of ability that it felt as though a routine win had to be the only outcome. And, in the end, Spurs did advance to set up a play-off at home to Maccabi Haifi next Thursday for a place in the group stage of the competition. Yet it was not without a wobble.

Shkendija had offered nothing in attacking terms and Spurs could be annoyed that Erik Lamela’s early goal had represented their only reward. But then the Shkendija winger, Valmir Nafiu, summoned the equaliser with a screaming bolt from the blue and, for a short while, the ridiculous thought occurred that Spurs might contrive to find a way to lose. Shkendija promptly had a couple of flickers in the final third.

Mourinho had started Harry Kane among the substitutes but he felt sufficiently worried to send him on along with Giovani Lo Celso and Lucas Moura. Spurs stabilised and after they regained the lead through Son Heung-min’s fine finish, Kane gave them a cushion with a headed third from Son’s cross. Never in doubt? Probably so, on balance. For Spurs, all that mattered was the result.

With Kane a substitute at the outset, the attention had been on who would lead the line for Mourinho’s team. The manager has previously said that he does not like Son in the role. Would it be Lamela? Or even Dele Alli, who was recalled to the team?

Mourinho started Son up front, even if he does not consider him a No 9, and the South Korean was the provider for the breakthrough, playing in Lamela, who had found yards of space.

Mourinho had promised to select “the best possible team,” but it was not as strong, perhaps, as the one he sent out against Lokomotiv Plovdiv in the previous round. Spurs still had more than enough to dominate against opposition that were powderpuff in the final third but for all their possession and territory, they entered half-time only one goal up, having created few clear-cut chances in open play.

There was only one, really, for Dele Alli, who failed to generate power in his shot on the spin after Serge Aurier’s cross had broken for him. Alli would also see Jan Krivak block a shot from him after a driving run while Toby Alderweireld and Aurier were off target with headers from corners. Alderweireld, in particular, should have done better.

Spurs seemed happy to stroll through the game because it was not as if Shkendija were going to threaten, right? Wrong. From their first attack in the 55th minute, Nafiu tore apart the script when he brought his team level and what a goal it was – a vicious right-footed blast from 20 yards that fizzed into the top corner.

Shortly afterwards, Shkendija almost got in on the break and then Besart Ibraimi missed a presentable header. What was going on?

Mourinho sent on the cavalry, led by Kane, and Spurs found a way back. Lamela had blown two good second-half chances and Kane would do likewise with a header from an Aurier cross before another substitute, Lucas Moura, drew a save from Kostadin Zahov and Son picked his spot from the rebound. Kane would provide the scoreline with the gloss it merited. 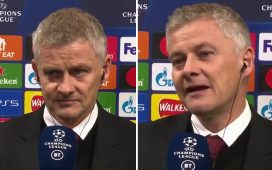 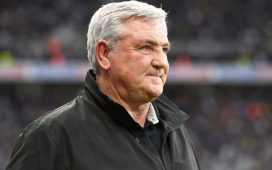 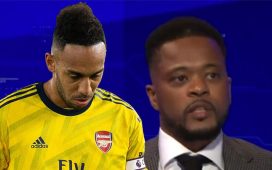 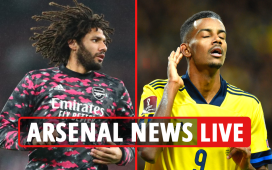 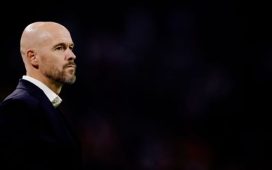 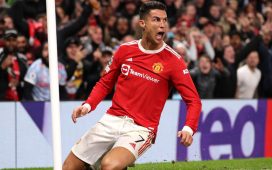