The investigation into the assassination of the Haitian president Jovenel Moïse has taken a sensational turn after the country’s chief prosecutor asked a judge to charge Haiti’s prime minister in connection with the crime.

Ariel Henry, a 71-year-old neurosurgeon, became Haiti’s principal leader in July, two weeks after Moïse was killed at his home in the capital Port-au-Prince.

Supporters describe Henry as an upstanding member of Haiti’s medical community who had been grappling with the unenviable task of trying to stabilize a country rocked by the murder of its president and then a 7.2-magnitude earthquake that killed more than 2,000 people. But on Tuesday Haiti’s prime minister was sucked into the heart of the alleged plot behind Moïse’s murder as the country’s chief prosecutor, Bed-Ford Claude, asked a judge to charge him with suspected involvement.

“There are enough compromising elements … to prosecute Henry and ask for his outright indictment,” Claude wrote in the official request, according to the Associated Press.

The Haitian newspaper Le Nouvelliste said Claude had also asked immigration officials to prevent Henry from leaving the country because of the “gravity” of the facts that had emerged.

Haiti’s prime minister made no immediate comment. But last weekend, amid reports that murder investigators wanted to quiz him about telephone conversations he was alleged to have had with one of their chief suspects, Haiti’s leader vowed he would not be distracted from his mission and insisted “the real culprits” would be tracked down and punished.

In the two-page request he submitted on Tuesday, Claude claimed Henry had spoken to the former justice ministry official Joseph Felix Badio for at least seven minutes following Moïse’s 7 July shooting. Henry was allegedly at Port-au-Prince’s Hotel Montana at the time while Badio was thought to have been speaking from somewhere near Moïse’s residence. Badio has yet to be apprehended and his current whereabouts are unknown.

More than two months after the assassination much about the killing remains a mystery. In an interview with the New York Times, the widow of the slain president said she suspected wealthy “oligarchs” were responsible for a crime that has shaken an already fragile and impoverished nation struggling with a series of interlinked economic, political, humanitarian and security crises. 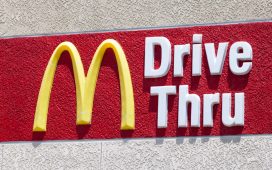 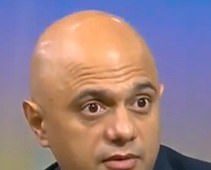 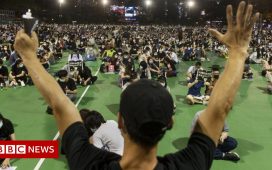 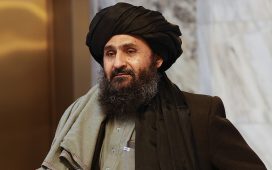