Erling Haaland was involved in a bust-up against Hoffenheim after scoring a late equaliser, which also included Jadon Sancho.

Borussia Dortmund have struggled against Hoffenheim in the past and it proved to be the case yet again on Saturday.

A win would have taken them back into consideration for a top four spot after some disastrous form this year.

But they could only muster a 2-2 draw at the Signal Iduna Park, leaving them sixth in the Bundesliga.

Sancho opened the scoring after racing clear of the visitors’ defence in the first half but Dortmund were almost immediately pegged back by Mu’nas Dabbur.

Ihias Bebou, standing in for top goalscorer Andrej Kramaric, put Hoffenheim ahead before Haaland equalised late on in controversial circumstances.

The Rhein-Neckar-Arena outfit had a player down injured before Sebastian Rudy lost the ball in his own half.

Haaland was able to beat two defenders before a brilliant finish but was immediately confronted by Stefan Posch.

The Hoffenheim defender was unhappy that the Norweigan played on with a player down, despite the visitors doing exactly that.

And it led to a heated exchange with both Haaland and Sancho getting involved in the fracas.

The match itself was simmering with tension throughout the contest with 10 yellow cards given out to both sides.

Dortmund’s frustrations could easily stem from their shoddy form of late, with just one win in six in the Bundesliga.

With Sevilla to come in the Champions League, they must buck their ideas up fast to stand a chance in Europe.

Both Haaland and Sancho have been linked with moves away from the club and Dortmund face a battle to keep the pair this summer.

There is an aura of resignation over the latter, who Manchester United are still interested in.

But there are a host of clubs looking to snap up the England international, including Liverpool and Real Madrid.

While Haaland also looks destined to depart at some point, there is more hope the 23-goal striker will remain for at least one more season. 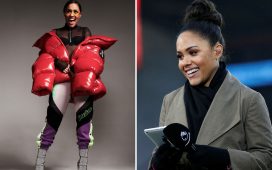 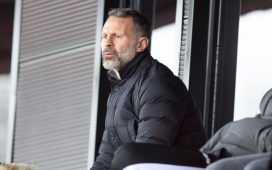 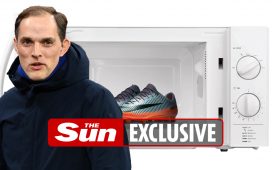 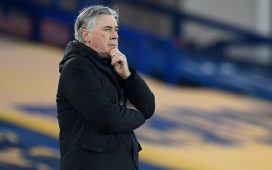