A cleric, Revd Johnson Oladimeji, was on Friday murdered by unknown assailants along Igbara-Odo-Ikere-Ekiti road in Ikere Local Government Area of Ekiti State.

It was gathered that Oladimeji, a presiding cleric of Solution Baptist Church Ikere-Ekiti was killed along the road by gunmen suspected to be kidnappers around 5pm when he was returning to Ikere-Ekiti after an official assignment in Osun state.

A source in his church who spoke on condition of anonymity said the family members launched a search on the pastor on Friday before his corpse was found in his car along the road with gun shot wounds.

The source said, “The man was returning from Osun State on Thursday evening and decided to make use of the Igbara-Odo route to Ikere-Ekiti when he was ambushed and shot dead by gunmen in the evening.

” After series of calls to his phone numbers with no response, members of the church decided to start searching for him and he was found dead this evening (Friday) in his car along the road close to the University of Education and Technology in Ikere-Ekiti.”

The source explained that the incident was reported at the Igbara-Odo police station before his corpse was evacuated to the morgue.

Confirming the killing, the President of Ekiti Baptist Church, Revd Adeyinka Aribasoye said the deceased had travelled to see his mother at Ipetu Ijesa in Osun State and was returning from the journey when the incident occurred.

He said, ” The incident is synonymous to a kidnapping case that went wrong, maybe he refused to stop for the abductors thus making them to open fire on him.

But, the Police Public Relations Officer (PPRO) ASP Sunday Abutu told journalists he was not aware of the incident.

According to him,” I am not aware of such incident, I will have to make my findings. But I can assure you that if we are informed of the incident, our command will commence Investigation immediately in a bid to arrest the perpetrators of the dastardly act.” 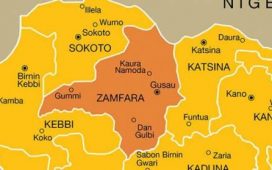 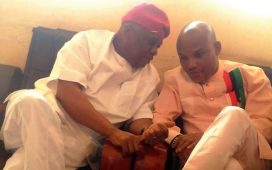 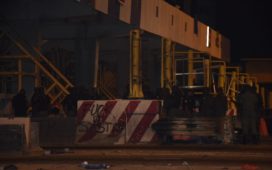