A group of people on jet skis fired gunshots into the air on a beach in Cancun, Mexico, prompting tourists to frantically run away from the beach.

According to Mexican state authorities, individuals on three separate jet skis fired gunshots within the Hotel Zone of Cancun on Tuesday. No one was injured.

As of Tuesday afternoon, Mexican authorities were still looking for the individuals who fired the weapons.

Rick Lebassa, a tourist from Maine who was on the beach during the incident, said men approached the beach on jet skis and began firing their weapons into the air.

The Department of State advises visitors to Mexico’s Quintana Roo state, where Cancun is located, to “exercise increased caution,” which is a Level 3 advisory.
(iStock)

“There were two guys, and maybe even a third, who came in on jet skis, and what I saw was them shooting up into the sky,” Lebassa said. “I did not see any shots coming in toward the shoreline.”

Lebassa said he’s not too concerned about the incident, claiming he has never seen anything like this before.

“I’m not overly concerned because this is the first time ever,” Lebassa said. “We’ve been coming down for 31 years, and we’ve never had any issues.”

Andy Guyrich, who was visiting Cancun from Minnesota, said that, at first, people did not appear to realize what was going on.

“There was a delayed reaction for about maybe five seconds, then everybody started scrambling and screaming and crying and running,” Arms said.

The newest incident in Cancun comes amid an apparent attempt to beef up security in the area as a special battalion of National Guard troops was tasked with protecting the area.

Members of the National Guard patrol a beach in the Hotel Zone of Cancun, Quintana Roo state, Mexico, on Thursday, Dec. 2, 2021. Mexico deployed a battalion of almost 1,500 National Guard troops to Cancun and surrounding beaches after two separate deadly shootouts sparked concerns over the security of the Riviera Maya region, the countrys top tourist destination. (Cesar Rodriguez/Bloomberg via Getty Images)

On Monday, the U.S. Department of State reissued a travel warning for the Quintana Roo state in Mexico, where Cancun is located, noting that travelers should “exercise increased caution due to crime.”

On Nov. 4, a shooting between rival gangs broke out on the beach of a resort in Cancun, killing two people.

The November shooting was the result of a likely turf war. The people who were killed were allegedly at the beach in front of the Azul Beach Resort and the Hyatt Ziva Riviera Cancun earlier on the day of the shooting, with both claiming it as their territory.

Members of the National Guard walk by the entrance of a hotel after two suspected drug gang members were shot dead in a beachfront clash between rival groups near the Mexican resort of Cancun, in Puerto Morelos, Mexico, Nov. 4, 2021.
(REUTERS/Paola Chiomante)

“About 15 people arrived on the beach to assassinate two men who had showed up saying they were the new dealers in the area,” the head prosecutor of Quintana Roo state, Oscar Montes de Oca, told the Radio Formula station.

The Associated Press and Fox News’ Edmund DeMarche and Bradford Betz contributed to this report. 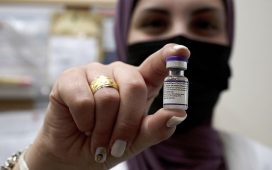 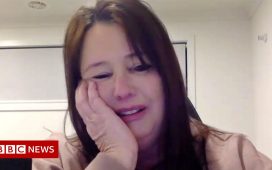 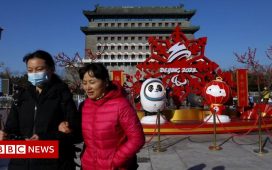