The Carabou kings march on. During Pep Guardiola’s four years at Manchester City much energy has been expended arguing over how much the great midfield-fetishist, the don of keep-ball, has changed English football. Who knew English football would end up changing Pep too?

City took the lead in this League Cup semi-final with a set-piece goal on 50 minutes, bundled in by a 6ft 4in English centre-half.

The opening goal was reward for a fine delivery from the left. Stones made the right run at the right moment and deflected the ball in off what may or may not have been his “inner thigh”, as the TV commentator insisted. Stones indeed.

It was a moment to be savoured in itself, only the fifth time Stones has scored a goal in England. His last one was February 2017. The one before was for Everton nearly six years ago. Before that it’s Barnsley at Rochdale in 2012.

Above all the moment was a nice little bonus, something extra in the stocking for Stones, who has emerged as a stately and unruffled figure in this improved Manchester City defence.

Much has been made of the numbers, the signs of solidity while Stones has been in the team. City have only conceded two goals with him on the pitch this season.

It would be facile to attribute this simply to that long-striding sense of cool, his settled form, the heartening absence of errors. In reality City’s tightness at the back has also been systemic, fruits of Guardiola’s more cautiously mannered approach.

But Stones has taken his chance. He was again a hugely impressive figure at Old Trafford, rarely hurried or forced to break his stride. He completed 96% of his passes: often a meaningless number, but a reflection here of ease on the ball, sound positioning, and the solidity offered by a toughened midfield screen.

For Stones there has been some talk of a renewed focus. But this has been a good time to be a Manchester City centre-back, in part because the team has seemed more committed to the basic idea of defending, and part because he gets to stand next to the hugely impressive Ruben Dias.

At times in this Carabao Cup semi-final there were even glimpses of something unexpected – not just solid Pep, but safety-first Pep, a Pep who wants his team to launch the diagonal, to eschew what might still be known as “fannying-about”; to play, of all things, the percentages.

To call this a direct English style is of course a huge overstatement. Guardiola still lined his team up with Kevin De Bruyne as a nominal false nine, and seven career midfielders – one converted – in the starting outfield 10.

City still dominated possession, taking 70% of the ball by the 40-minute mark. But for a while in the first half as United pressed hard and high City were happy to launch long passes into the United half, 16 of them from defence in the opening 35 minutes, taking the safe option, refusing to over commit.

The recent spike in form has been centred on locking down, shoring up that old vulnerability to counterattack, with a two-man defensive midfield and less cavalry-charge overlapping.

Here Fernandinho returned to the team and produced a stately masterclass in unhurried defensive playmaking, as City took the air out of a United’s fast start.

This City tend to reel their opponents in rather than win games in the opening 10 minutes, as they did in the early-Pep peak years. Steadily they found their little eddies of influence down the side of the United full-backs. An overlapping run from Raheem Sterling opened space for De Bruyne to clunk a shot against the post.

The false-nine system has arrived out of necessity, Guardiola having lost both his centre-forwards. It helped in other ways at Old Trafford, flooding the midfield and encouraging City to play real rather than inverted wingers to maintain the width – a shift that led to the barbecuing of Chelsea’s full-backs on Sunday afternoon, neither of whom were prepared for a series of old-school foot races to the byline.

The second half brought goals, greater control, and more forward thrust as City still dominated the ball and kept their guard high. Stones and Dias defended brilliantly at times. At one point Dias produced an astonishing full body slide-block as Rashford shot at goal, and he was superbly assured and strong throughout.

There is a naturally reassuring chemistry between the two – and Stones has only ever really needed to find this composure in his game.

He will always pass nicely and carry the ball well. This is one of those players who just needs to do less, to work on his vices while his strengths take care of themselves. After dropping off the radar he looks arguably the most assured centre half in the league right now and a sure thing for an England return.

READ  MLB roundup: Yastrzemski, Giants walk off in 12th
Share on FacebookShare on TwitterShare on PinterestShare on Reddit
newscabalJanuary 6, 2021 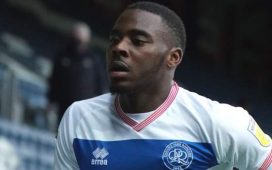 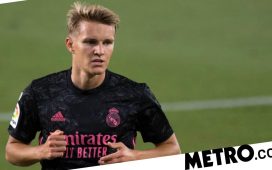 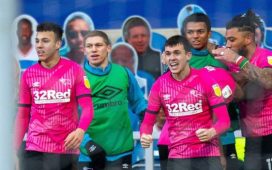