The Lighthouse is more than just a forward-thinking, innovative approach to transforming support for children who have been sexually abused, says its delivery and service manager, Emma Harewood. “It’s also my personal baby,” she admits.

Traditionally, a number of voluntary and statutory agencies would have offered support to these children and young people, including the police, social services, NSPCC and other specialist providers – all working independently of each other and all from different sites. But the Lighthouse, based in north London, is unique. It is breaking through those boundaries and bringing all these services under one roof.

Children and young people now have access to medical and social care, therapy and legal support from a single location in Camden. The aim is to help them recover from abuse at their own pace – and to get the justice they deserve to rebuild their lives. It is designed on the Barnahus – or “children’s house” – model, which was developed in Iceland, but is now used widely across Europe.

“One of the big issues for children and their families was being left to navigate a complex pathway of professional support, right at the time when they are feeling at their most vulnerable,” says Harewood, a paediatric dietitian by background who helped establish the Lighthouse. “What’s so important about the Lighthouse is all the services are under one roof. The children can access services when they are ready. We also help the parents walk the journey with them but make sure the child’s voice is heard throughout.”

The Lighthouse brings together University College London hospitals NHS foundation trust in partnership with the Tavistock and Portman NHS foundation trust, the NSPCC, Solace Women’s Aid, the Metropolitan police, Camden council and the charities Respond and the Brandon Centre.

It has a team of 36 staff from different professional backgrounds. It includes an advocate for each child or young person and their parents or carers, a child psychologist and a play specialist who helps prepare them for meetings with a paediatrician and a nurse. There is also input from a police officer and various therapists who can help the abused person in different ways, alongside liaison officers for the police and social services.

Putting such a diverse team together was a huge achievement in itself. “People always ask me how I did it, but I say that I just smile – it seems to work!” laughs Harewood.

But she acknowledges that having a clear vision of what was wrong with services provision and how that needed to be addressed helped her bring people on board.

“Having six different agencies working in one building together and to create processes together was a huge challenge,” she says. “We all care about the child, but we all have different languages. If it got difficult, we had to remember that we were here for the child.”

At the Lighthouse all evidence-gathering interviews for court proceedings are carried out in one place, alongside support from specialist health and social care staff.

The children and young people are also interviewed on site by a clinical psychologist rather than a police officer – adopting the Icelandic approach designed to reduce the trauma and capture the young person’s story in full. It was a controversial move: the police needed to be convinced initially that a child psychologist could gather the evidence in a way that would work in court, says Harewood.

The centre, which opened its doors in October 2018, received 276 referrals in its first nine months and is expecting to reach more than 400 by the end of its first year.

It was developed on the back of the results of a review, commissioned by NHS England, to identify the needs of children who had been sexually abused and how the national response to those needs compares to international best practice.

Harewood, who carried out the two-year review, spoke to 800 staff across agencies in London, listening to what they said the problems were.

“I was so shocked by the lack of service,” she says. “We were really letting the children down. I was determined to keep going until we’d made a difference.” For those young people already receiving its support the impact of the Lighthouse has been huge. “It makes you feel safe and supported,” said one. Another said of the team: “They were the first people to believe me.”

Head inland from the Ayrshire coast and, instead of traditional, drab, grey-clad housing, you’ll see a paintbox array of pinks, blues and yellows.

The colourful houses in Bellsbank are just one of the initiatives inspired by a novel approach from the housing improvement team in East Ayrshire council, which wanted to help bring the former mining community back to life.

The maintenance team decided to do more than just mend broken boilers or fix blocked sinks. Project lead Gary Craig inspired them to be brave and think about how to tackle big issues like loneliness and fuel poverty.

“Bellsbank has around 500 homes, and they have suffered from depopulation and lack of investment. We have one in four children living in poverty here,” says Craig.

Despite some initial resistance from his team (“we do rendering, not social work”), Craig persuaded them to have a chat or a cup of tea with tenants. Social isolation and suicide awareness are now part of his team’s core training.

The team explored how else they could help and now offer advice on energy costs, or how to get advice on alcohol or drug abuse. “We wanted to help the tenants sort it themselves,” says Craig.

And repainting the house exteriors? That followed a school assembly where the team asked what local people wanted to improve their town. “They decided they wanted to make it colourful – the Portofino of the north!”

In a place where your choice of playground is dictated by your family’s religious belief, this project is a milestone in trying to cross traditional divides.

The Community Foundation Northern Ireland’s £15m programme has made use of underused, difficult or contested spaces that can be shared by all parts of the community. Some 30 projects have been supported in the five-year initiative, including children’s playgrounds, youth clubs and community gyms.

After visiting 250 potential sites, the team led by Michael Hughes, head of building sustainable communities, picked 30 to develop. That process was itself part of the project. “We had two applications from two groups a mile and a half away from each other – one Catholic, the other Protestant,” says Hughes. “We encouraged them to come in jointly with an application for a bigger pot of money.”

Both groups faced potential resistance from their own communities to working together. But their successful application led to a £1m investment in the area.

One village used a derelict school and its surroundings for an outdoor play area, while the other built a new facility with training rooms and a gym. Both centres are accessible to people from both communities.

Hughes says the programme has transformed the way the two communities view each other. “The Protestant school is now offering Catholic sports such as Gaelic football, which I’ve never heard tell of before.” 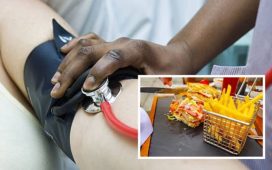 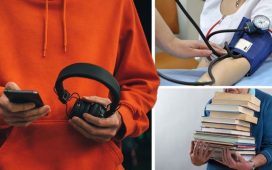 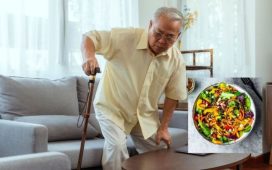 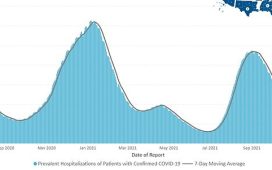