Not since the second world war has a UK chancellor had to come to the House of Commons and announce such a large downgrade to the outlook for Britain’s economy and public finances.

Rishi Sunak told MPs that borrowing by the UK government in 2020-21 is set to be the highest ever in peacetime, as he warned the country of the worst economic contraction in more than 300 years.

And with the Office for Budget Responsibility’s gruesome forecasts showing at least a £30bn annual hole in the government’s finances by the middle of the decade, tax rises or public spending cuts look inevitable unless there is a sudden and strong economic rebound following the coronavirus crisis.

“We have a responsibility, once the economy recovers, to return to a sustainable fiscal position,” said Mr Sunak, without commenting on whether he favoured tax increases, spending cuts, or both.

The OBR warned its outlook — described by Sunak as an “economic emergency” — will get worse if Boris Johnson fails to secure a trade deal with the EU before the expiry of the Brexit transition period on December 31.

Whatever happens on Brexit, Richard Hughes, new chair of the OBR, said the “country has already paid a heavy economic and fiscal price as a result of the coronavirus pandemic”.

Although Mr Sunak focused on the OBR’s central forecast, the fiscal watchdog said the outlook was so uncertain it needed to produce three scenarios based on the speed and extent of the economic recovery from the Covid-19 pandemic over the coming years.

In the central forecast, the second wave of coronavirus and the associated economic and social restrictions would cause a double-dip recession in the final quarter of 2020, with national output down 11.3 per cent for the year as a whole.

The main difference between the OBR’s scenarios was its estimate of the long-term impact of the crisis.

In each case, the economic hit would show up in lower incomes than those expected before the pandemic, and in higher unemployment.

The proportion of the workforce without a job and seeking employment was likely to rise to a peak of 7.5 per cent next spring, said the OBR — twice the 3.8 per cent level before the pandemic.

The difference in the coronavirus crisis from a normal recession is that the impact on the government’s finances has been extreme because on top of these effects it has had to borrow an additional £280bn in 2020-21 to support jobs, companies and the NHS.

This emergency spending has accounted for three quarters of the record rise in borrowing, and led the OBR to put the government deficit at £394bn in 2020-21: some 19 per cent of gross domestic product.

In 2021-22, Mr Sunak still expects to spend another £55bn on Covid-19 support measures, but the sharp drop compared to the current year more than halves the deficit in the OBR’s central forecast to £164bn.

In the long term, the government will want to stabilise the public finances so that it can claim to have put them back into a position that requires no more tax increases or spending cuts.

The government is not set to achieve that unless the economy recovers as rapidly as laid out in the OBR’s optimistic scenario. 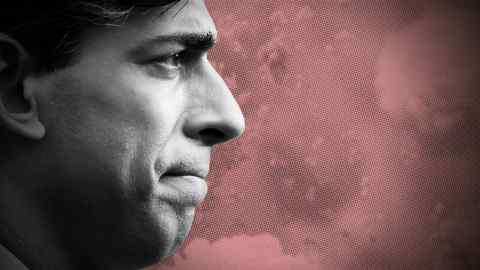 In the fiscal watchdog’s central forecast, taxes would still fall £27bn short of day-to-day spending in 2025-26. It suggests spending cuts or tax increases of about £40bn to balance the books would be needed to build in a margin for error.

This figure would have been even higher but for Mr Sunak imposing stealth austerity after 2021 by cutting £13bn from day-to-day spending plans, with public sector pay, local authorities and overseas aid hit hardest.

What Mr Sunak called a “once-in-a-generation investment in infrastructure” is also smaller than planned in March after he sliced an average of £3.4bn off public sector gross investment plans in the four years after 2021-22.

The OBR said the outlook would be significantly worse if the government failed to negotiate a trade deal with the EU and instead fell back on WTO terms with associated tariffs.

The effect would be immediate, it added, with a 2 per cent hit to the economy in the first few months of 2021 stemming from border disruption and higher unemployment, among other things.

Inflation would rise sharply early next year as tariffs were imposed on many imports from the EU, said the OBR, and unemployment would rise to 8.3 per cent. The deficit would be £12bn higher in 2021, it added.

Even by 2025, a no-deal Brexit would leave output 1.75 per cent lower than in the OBR’s central forecast, with sectors that were spared a big Covid-19 hit — agriculture, finance, real estate and mining — hurt most.

READ  House prices 'to fall' next year if no Brexit deal

With huge borrowing this year, the additional deficit caused by the UK leaving the EU without a trade deal might seem small to Mr Sunak, who has sounded relaxed about the possibility in recent days.

It underlines how the chancellor knows the next few years will be difficult under almost any scenario. 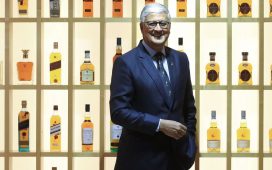 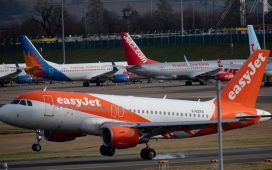 EasyJet confirms 1,400 UK jobs cut as it warns only 10% of flights will run until March 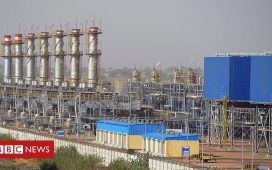