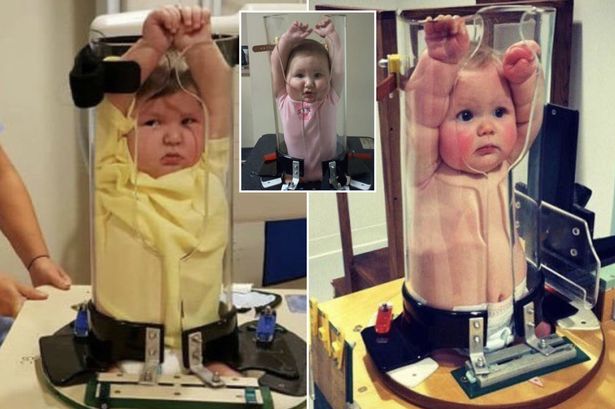 People do inexplicable and often stupid things in the name of social media crazes (see: the Cheese Challenge ).

Fortunately, the brilliant images of babies and little kids being X-rayed which have recently been doing the rounds are all above board – even if they do look like they’re part of some ill-advised challenge.

Pictures of adorable youngsters being squished into a glass contraption show them being X-rayed in a device called the Pigg-O-Stat (we’re not making this up).

Pigg-O-Stats have been used since 1960 and are designed to immobilise wriggly little ones, therefore limiting their exposure to more radiation than necessary while being scanned.

You’ve probably never seen one before because, as the  Royal College of Radiologists , points out, the NHS doesn’t routinely use them.

Instead, where paediatric radiology is concerned, young infants are placed in padded cradles to keep them still, while larger babies are held steady on changing mats.

But that’s enough of the science!

Thanks to a Twitter user kindly bringing the Pigg-O-Matt to more widespread attention, scores of social media users have been tickled pink by the images of disgruntled babies being x-rayed.

“Omg I thought they were in a blender lol,” wrote one woman.

In particular, the kid in yellow t-shirt seemed to capture people’s attention.

There’s definitely a BIG grudge being held there.

And who can blame him?

See also  Model turned pub owner Jodie Kidd wants you to get behind your local
Share on FacebookShare on TwitterShare on PinterestShare on Reddit
newscabalMay 3, 2019 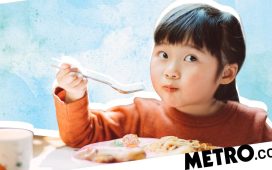