Human Rights Lawyers and other stakeholders in Anambra State have raised alarm over unlawful detention of no fewer than 18 persons in various Correctional Centres in the State for offences allegedly committed by their family members and relations.

The group said one of the victims, identified as Mrs. Onyekachi Orji who was pregnant when arrested and delivered in prison, had remain in custody with the baby, twelve years after.

In a statement signed by the group said the cases had been moving at “paces slower than the snail” with the last hearing being in January 2020 adjourned to March 2021.

The group’s spokesperson, Chijioke Ifediora Esq, who read the statement to reporters in Awka, on behalf of others, called on Attorney-General of the Federation, Prosecuting Counsel, State Government and others involved in the matter to urgently administer justice on the victims.

The statement read partly, “As concerned citizens and advocates for rights of all and the sustenance for human dignity, we wish to use this Press Conference to draw the attention of the International Community, the Federal Government of Nigeria and the Anambra State Government to the alarm raised recently regarding the incarceration, prison detention without trial and gross abuse of human rights of over eighteen (18) citizens of Igbo extraction allegedly for crimes they did not commit.

“Our investigation reveals that these persons have been in detention at Onitsha and Awka Correctional Services for well over twelve (12) years, awaiting trial. Our justice system should be based on the principle of fair hearing, presumption of innocence and speedy dispensation of justice.

“However in these cases, it has failed that test. People are not happy and the likelihood of uprising cannot be ruled out. The Judiciary is on strike and there is no avenue to find a legal solution to this problem now but we are hoping to take swift action immediately the industrial action is over.

“The delay in these cases clearly suggests lack of attention and concern. It is on this note that we have taken steps to follow up these cases to ensure that these people get justice sooner than later.

“It is important to emphasise that these citizens and others whose details we do not have presently, have been detained since 2008 in Correctional Centres in Anambra State for offences allegedly committed by their husbands, fathers, brothers or relations who could not be found at the times when the arrests were effected.

“One of them by name Mrs. Onyekachi Orji was arrested pregnant. Available information reveals she delivered that baby in Prison and till date, both remain in custody, twelve (12) years after. What a calamity.

“Furthermore, our investigations reveal that although these persons variously standing trial at the Federal High Court, Awka are charged with the offence of Felony under Section 37(2)cc with suit No. FHC/AWK/7C/2009, as well as for the offence of Conspiring among themselves to commit felony under Section 37(2) Cap 38 LFR 2004, these cases are moving at paces slower than the snail with the last hearing being in January 2020 adjourned to March 2021.

“As at last check, the adjournment date couldn’t hold as a result of judicial workers’ strike. The cases involving these innocent citizens (as recognised by law until proven guilty) are being prosecuted by a Private Counsel in execution of a fiat by the Attorney-General of the Federation while Defence Attorneys.

“The world is invited to note that from the foregoing, all indications point to a deliberate plan to continue to incarcerate these innocent citizens just for being relations of persons who share different views with the Federal Government.

“It is therefore on this premise that we wish to call on the Attorney-General of the Federation, the Prosecuting Counsel executing the fiat, and every person involved in this matter, that these persons have suffered enough.

“The law of the land confers the presumption of innocence until proven guilty. Why should anyone be in prison for twelve (12) years awaiting trial.

“We call on the Anambra State Government within whose jurisdiction these atrocities are taking place to take very active interest in the administration of justice on its citizens by Federal Agencies.

“We ask members of the Nigeria Bar Association especially in Anambra State and all champions of human rights, activists of justice and all men and women of goodwill to rise in defence of the defenceless.

“We believe that sincere responses and committed actions in response to this call will save us all from a wave of avoidable public disturbances and unrest and will help resolve a twelve (12) year incarceration of innocent citizens.

“We only ask for justice. Let’s meet in Court and hear their offences, let the Judge grant them bail, conduct a speedy trial and either acquit or find them guilty. We believe the former rather than the latter will be the case.

“We say a capital NO to the continued detention without trial of these people and we ask all families and friends concerned, to give this process a chance. On justice we stand.”

He said, “Any person in the custody of the Nigerian Correctional Service is legally held by warrant to that effect from a court of competent jurisdiction. The allegation of holding persons illegally is unfounded.

“Those whipping up such unpopular sentiments should know that it is not in the pages of newspapers they should go but to courts spread around for justice if they know they are sincere in their position.” 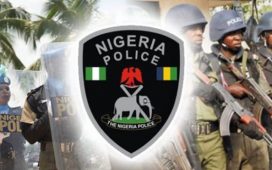 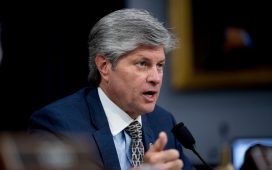 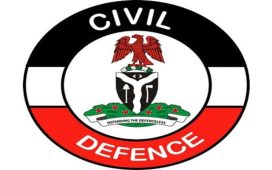