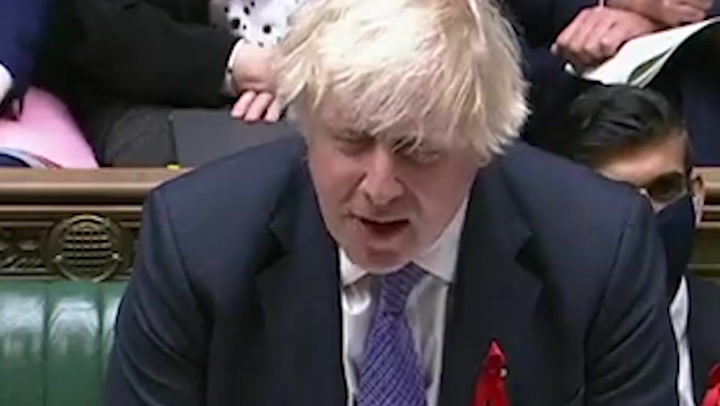 Grieving families hit out at No10 tonight for throwing a party as Covid killed their loved ones.

And Jackie Green, who lost mum Beryl, 86, said: “Their behaviour is a slap in the face.”

No10 says Covid rules were followed at last year’s bash.

Grieving families called for Boris Johnson ’s head tonight, devastated by the death of their loved ones on the same day No10 threw a “rule-breaking” Christmas knees-up.

The daughter of Beryl Harris – barred from being at her mother’s side in her final hours – said the behaviour of Boris Johnson’s team last year was “a slap in the face”.

Beryl Harris died alone last year, she was 86 and died on the day No10 staff threw a boozy party

Elaine Saddler was just 43 when she died alone in 2020. Pictured with her niece Isabella and brother Alan

Beryl, 86, died on the day 40 to 50 people were said to have been crammed “cheek by jowl” in No10, partying beyond midnight and exchanging Secret Santa gifts.

London was under Tier 3 restrictions, with a ban on mixing households indoors. It was December 18, 2020 – and only hours after stricken Beryl took her final breaths in hospital 100 miles away.

Jackie Green, 59, said: “Mum was by herself because the rules meant I wasn’t allowed to be at her side.

“Yet at the same time No10 chucked the rulebook out of the window to have a knees-up.

“I’m just so, so angry. Their behaviour is a slap in the face to everyone in this country who has made sacrifices. Mum was my only relative – it seems silly at my age, but I feel like an orphan.”

Beryl, from Wellesbourne, Warks, caught Covid after being admitted for a blood transfusion for anaemia. Shielding throughout the pandemic, she had last seen only child Jackie in February 2020.

Berly Harris in her younger days

Jackie, who works in communications and lives in South East London, said: “If I held a party at Christmas and had people cheek by jowl in my house, I would have been fined £10,000. It’s disgraceful the very people running this country think the rules don’t apply to them.

“How many things does this government think it can get away with?

“If it was satire on TV, you’d think it was too ludicrous. It’s just flagrant disrespect from Boris Johnson, all the way down.

“They need to be held to account. That Mum caught Covid in hospital is part of the same government failings. She should have been safe, but wasn’t. And the very people who should have protected her were breaching the rules.”

Elaine Saddler was also of 489 people who died last December 18 – days short of her 44th birthday. She was self-isolating and was found by police after failing to answer her door in Cramlington, Northumberland.

Her brother Alan, 46, of Kirkby Lonsdale, Cumbria, said: “For them to be partying when my sister lay dead is just the ultimate insult. I’m so angry. We had MPs breaking the rules to go to their second homes and Dominic Cummings going to Barnard Castle. But a Christmas knees-up during lockdown – that’s the worst of it all.

“It’s a flagrant disregard of the rules – imposed by them. It is completely taking the p***. It shows that it is them and us.

“They just do what they like. I actually voted for the Tories but I never will again. They are absolute idiots. They will get caned at the polls next time.”

Lobby Akinnola, from the Covid-19 Bereaved Families for Justice group, said: “It is hard to articulate the hurt and sense of betrayal at the news that No10 held a Christmas party last year.

“We know acutely the pain of not being able to see loved ones yet, along with the nation, we made sacrifices to protect each other. It is insulting to know the Government saw themselves as exempt from the rules they laid out to save lives.” The Tories were also rapped over a leaving do attended by the PM during the second national lockdown.

A No10 source claimed other get-togethers had “happened most Fridays”.

No10 has said Covid rules were followed. The Metropolitan Police was asked to investigate but a spokesman said it does not “routinely investigate retrospective breaches” of Covid laws. 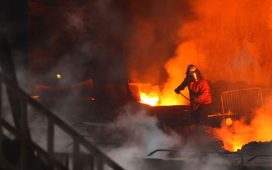 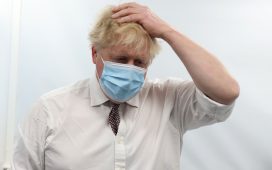 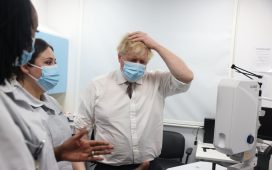