Grenfell relatives say they will fight attempts to demolish tower


Relatives of Grenfell Tower fire victims have put forward plans to turn the building into a “vertical forest”, days after the government announced it was prepared to pull it down.

A group representing the immediate family members of people who died in the blaze suggest that nature could be allowed to take over the 24-storey tower in west London.

The structure would be covered with 72 species of plants, one for every person who lost their lives in the fire nearly four years ago.

Last week the government published a letter revealing it was considering if and when Grenfell Tower should be “carefully” taken down, promising that the “views of the community” would be taken into account.

But during a conference call on Friday with government officials and relatives of victims, it was clear there was opposition. On Saturday, some relatives said they would pursue legal action to thwart any attempt to pull down the building.

The Ministry of Housing, Communities and Local Government (MHCLG) justified its possible decision to raze Grenfell by citing “important advice from structural engineers about the condition of the tower”.

Relatives have now said they are prepared to commission an independent assessment because of their mistrust of the government. One group, The Grenfell Next of Kin, which represents 29 of the fire’s victims, including 11 of the children who died, said no attempt had been made to share or release the structural advice.

Hisam Choucair, who lost six members of his family in the fire, said: “A tragedy has taken place that must never be forgotten at this location. If they take it down they will obliterate that memory and they would be putting people through another unimaginable trauma. The ashes of our loved ones are in the fabric of that building.”

One favoured option among relatives is the living tower, based on the vision of Italian architect Stefano Boeri, who has designed numerous “vertical forests” on buildings throughout Europe.

The idea for Grenfell to follow suit originated from a former resident of the tower who lost a child in the blaze. A spokesperson for the Grenfell Next of Kin group said: “It is a progressive option when compared with knocking the building down and releasing all the pollution and debris and asbestos as well as the huge trauma it will cause everyone.”

The living building plans follow another week of claims against the council and those charged with maintaining and looking after Grenfell Tower. The inquiry into the tragedy heard how the former head of housing at the Royal Borough of Kensington and Chelsea (RBKC) requested checks on the tenancy status of one of Grenfell’s residents after they complained about services.

But it was the publication of a letter last Wednesday – signed by Alistair Watters, director of the Grenfell site at the MHCLG – floating the idea of razing the tower completely that has most infuriated those affected by the tragedy.

Choucair confirmed that relatives of those who died were already looking at commissioning their own structural engineers to inspect the site and had asked for help from the Institute of Chartered Engineers to support a full independent assessment.

He said: “Any structural issues can be assessed and should be mitigated rather than what they’re doing, which is trying to convince people there’s no other option [to pulling down Grenfell].

“As far as legal action is concerned I’m prepared to explore if we have legal grounds to challenge them.”

However, he said the concept of Grenfell Tower being transformed into a living building appealed.

“It could change the whole landscape and complexion of London. It would cease to be a site of tragedy but full of hope and alive again,” said Choucair, who lost his mother, sister, brother-in-law and three nieces in the blaze.

A statement from the Lancaster West Residents Association said: “This building is a monument to all the people who died and if it’s a possibility to save it and to transform it into something living then that would be good and something we’d like to explore with our residents to have a real say. We’d like the government to look at every possibility.”

Shahrokh Aghlani, who lost his mother and his aunt in the blaze, added: “We want an independent structural report by somebody that we appoint. We think this letter is testing the waters about demolishing the tower.”

Massood Shahabedin, who is next of kin for victim Hamid Kani, said: ‘The remaining site stands as a burial ground to our fallen loved ones and the demolition would simply be an attempt to erase this memory.” 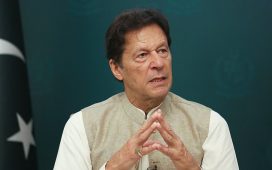 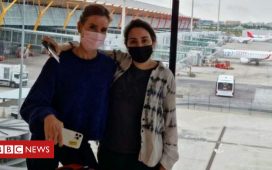 Infected blood scandal: Ex-pupil tells inquiry he did not know he was in a trial 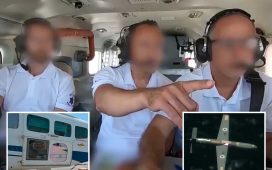 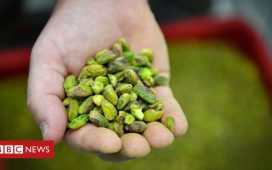 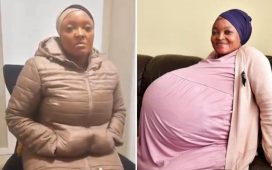