FURIOUS punters say Greggs is banger out of order for replacing its sausage, bean and cheese melts with a vegan alternative.

The bakery chain’s fave snack has been off the shelves for weeks due to the lorry driver shortage.

Customers are instead offered a plant-based option stuffed with fungal protein and fake mozzarella cheese.

But the alternative is being blasted as “vegan rubbish”.

A Greggs worker admitted: “We have not had the sausage and bean melt for weeks now.”

Vegan-friendly “sausage, bean and cheeze” melts have divided opinion with punters, many saying they will never replace a proper meat pastry.

But the driver shortage has also affected supplies of chicken bakes and other sugary and sandwich products.

Greggs said: “Our sausage and bean melts are temporarily unavailable but we’re working hard to get this back in shops.”

Glasgow Greggs Outlet shopper shows off huge £4 stash after picking up sausage rolls, doughnuts and cakes for MUCH cheaper 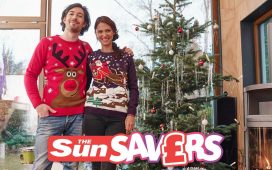