GREGGS has confirmed that its innovation team is trying to create vegan options for all of its best selling pastries.

The CEO said that vegan products were a top target because of the success of the vegan sausage roll released earlier this year.

Earlier this month, the Telegraph reported that Greggs had plans for a new plant-based product that will be as big as the vegan sausage roll.

But now, CEO Roger Whiteside has revealed that the chain is hoping to give the vegan treatment to a much broader range of products.

Speaking on LBC radio, he said: “We are working away at trying to see whether we can come up with a vegan version of all our top-selling lines.”

He added that if the chain can get the new versions tasting as good as their meaty alternatives, they will sell “very successfully”.

It is not yet clear which of Gregg’s popular pastries are included in the best sellers, but fans have speculated that this could mean favourites like the steak bake, pasties or doughnuts.

Focusing on vegan options is just one of the big overhauls at the popular pastry chain, which opened its 2000th shop last week.

It has been successfully opening drive-thru stores – which can now be found in Leicestershire, Manchester, Newcastle and on the M16 near Balckburn.

It also wants to expand on its delivery option to Just East and Uber Eats customers, as well as testing out self-service touch order screens in restaurants.

READ  Warren Buffett says he wants to do more business in Britain, Europe

HERE’S what you can find on Greggs’ regional menu:

The bakery confirmed one store will be chosen to test out the first touch screen but said no decision had been made one which one.

Another extended trial will see a handful of stores in Manchester, London and Newcastle opening into the evening with a new dinner menu.

Along with the later closing hours trial, Greggs will also be testing out a dinner time meal deal.

There won’t be any new products being brought out especially for the deal but Greggs told us it will include one of their hot sandwiches or bakes, wedges and a drink.

It will be trialled in all stores taking part in the later closing hours.

It also also planning to open another 100 restaurants this year.

READ  If you’re a savvy shopper you need to know about this money-saving plugin.

The Sun has contacted Greggs to find out more about its vegan-friendly plans and will update this story when we know more.

Costco is selling gigantic 20ft swimming pool with a ladder

Not sure how to claim for PPI? Use our handy guide to get what you are owed

Greggs’ secret menu includes stotties, empire biscuits and Tottenham cakes – but they’re not in every branch.

The chain is planning to open in the evenings – and there will be a dinner time meal deal. 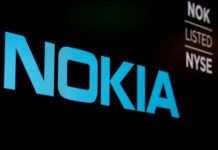 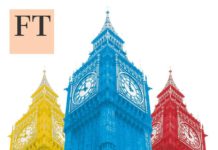