Greenpeace hits back at Trump tweet on climate change denial


Greenpeace has hit back against President Donald Trump for tweeting a climate change denial from a former member of the environmental group.

Mr Trump quoted Patrick Moore, who he claimed was a founder of Greenpeace, as saying: “The whole climate crisis is not only Fake News, it’s Fake Science.”

Greenpeace said Mr Moore was not a founder, but a nuclear lobbyist who does not represent the group.

What was the claim?

Mr Trump tweeted about an interview Mr Moore gave on the Fox News programme Fox & Friends, where he denied that climate change was a threat.

He was identified by the programme as being a co-founder of Greenpeace.

Mr Moore also lashed out at freshman Democratic Congresswoman Alexandria Ocasio-Cortez’s Green New Deal, which is a resolution that aims to reduce carbon emissions and mitigate the impact of climate change in the US.

Mr Moore called the congresswoman a “twit” and suggested global warming might be beneficial as carbon dioxide is a “building block of life”.

The president also labelled Mr Moore as a co-founder of Greenpeace.

Mr Moore has since retweeted the president’s approval.

This is not the first time Mr Trump has questioned climate change. After a report from his own government warned of devastating effects, Mr Trump said: “I don’t believe it.”

As a candidate, Mr Trump called climate change “a hoax”, though he eventually walked back that statement.

Since taking office, his administration has pushed pro-fossil fuels policies while Mr Trump has accused climate change scientists of having a “political agenda”.

What did Greenpeace say?

In a statement, Greenpeace said Mr Moore “frequently cites a long-ago affiliation with Greenpeace to gain legitimacy in the media, and media outlets often either state or imply that Mr Moore still represents Greenpeace. He does not.”

The environmental group went a step further, referencing the Green New Deal as “a vision for the future of this country with more equality, justice, fairness, & frankly, more common sense”.

“Climate deniers are trying to delegitimise it, the truth is that most people in this country support the #GreenNewDeal & support policies like ending fossil fuel subsidies. Wow!”

Who is Patrick Moore?

Mr Moore, an ecologist and former Greenpeace activist, was a part of the group during its early days in the 1970s.

Greenpeace has denied links to Mr Moore before, and has created a page detailing Mr Moore’s background, lobbying efforts and views that go against Greenpeace’s mission.

“Although Mr Moore played a significant role in Greenpeace Canada for several years, he did not found Greenpeace,” the organisation said. “Phil Cotes, Irving Stowe, and Jim Bohlen founded Greenpeace in 1970.”

The group eventually voted him out of leadership roles and Mr Moore left Greenpeace in 1986.

He has since become an independent environmental consultant and nuclear energy advocate. He is a member of the CO2 coalition, a nonprofit group that contends carbon emissions are not bad for the environment.

On his Twitter biography, however, Mr Moore describes himself as a “Greenpeace co-founder, 15 yr leader, dropped out in ’86 to be The Sensible Environmentalist”.

See also  Donald Tusk, Russia and the plane crash that changed Poland
Share on FacebookShare on TwitterShare on PinterestShare on Reddit
newscabalMarch 12, 2019 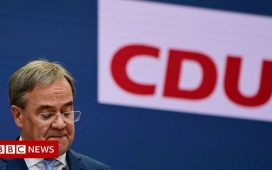 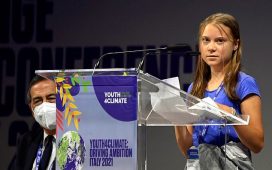 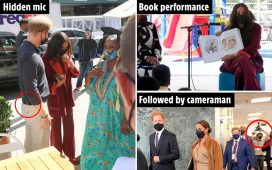