Green power needs to account for all its costs


The Germans have a word for it: dunkelflaute. It means a period in winter when the wind does not blow and the sun does not shine.

We have always had them, but they were never a big deal: just another windless and chilly spell in a largely gloomy season. At least that was before we started depending on the weather for an increasing chunk of our electricity. Now, with ever more power coming from wind and solar, it matters greatly if these plants can’t function, or can produce only a fraction of what they normally pump out.

In January 2017, Belgium faced the prospect of blackouts when it experienced a whopping nine-day calm and dull spell. Despite having just 9 per cent of its capacity from renewable sources, the country’s network had to scramble to supply sufficient electricity to avoid disruption.

Even without the dunkelflaute — generally a European phenomenon — other renewables-heavy systems have had problems. California recently imposed rolling blackouts on its citizens after a baking hot spell led to power shortages.

How to manage intermittency is one of the challenges of weather-dependent low-carbon electricity. It is not simply about paying for back-up for when nature refuses to play ball. Sometimes blazing sun and gusting winds can cause the opposite problem: too much electricity. Then plants must be paid to shut or turn output down to stop them overloading the network.

However, there is one melancholy constant in all this balancing and back-up activity: it generates additional so-called system costs.

A recent report by the UK’s business and energy department, Beis, shows how, when these are factored in, they can change the relative economics of different low-carbon energy sources.

Much of the recent story has been about the plunging cost of renewables. For instance, in 2013 the UK government estimated that an offshore wind farm opening in 2025 would generate electricity for £140 per megawatt hour (MWh). It now forecasts that could be achieved for just £54/MWh.

The report sees this trend continuing. By 2035, it estimates an offshore wind farm might on average produce power for as little as £41/MWh; and large-scale solar just £33. However, these figures exclude those system costs, mainly because the solar or wind developer does not have to meet them. At present, these are simply spread across the network as a whole.

When you add them in, as the Beis report does, attributing them to the generating source that caused them, the picture changes. Take the 2035 figure of £41/MWh for offshore wind. With estimated system costs on top, Beis believes the all-in price is closer to £59 to £79 (43-92 per cent higher). For solar, £33/MWh becomes £45-£61. In each case, the range depends on how widespread the use of these renewables is, although does not set out the precise assumptions it is using.

Essentially, the marginal cost of each extra renewable on the system keeps going up as their use increases. Not only does this erode their advantage over other alternatives such as nuclear and as-yet unproven carbon capture and storage (CCS). It suggests that getting to 100 per cent renewables could be expensive.

Could these costs be shrunk? Some argue that it could be possible by expedients such as building more interconnectors with other countries to bring in power when it is needed, or using electric vehicles for distributed battery storage. The idea being that when you plug your car in at night, the charge can be reversed at times of need to feed power back into the grid. While technically possible, it would require infrastructure and a far larger fleet of EVs.

But all of these innovations will still cost money to fix the issue of intermittency. Unless that expense is priced into each solar, wind, or CCS project, there is a risk we could end up with a more expensive decarbonised system than we need.

One simple suggestion made by the economist Dieter Helm is to make all operators meet the system costs for which they are responsible. Rather than giving renewables operators a free option to sell whatever power they produce, as at present, they would bid to deliver specific quantities of power at certain times of day, with penalties either way if they over or under deliver. That would put them on a more level footing with other generators.

Such reform might reveal something closer to the true cost of renewable megawatt hours, while giving wind and solar farms incentives not to generate additional system expenses. So when the next dunkelflaute comes, we are less likely to be left in the dark. 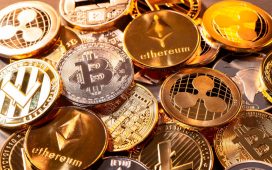 How bad are Bitcoin and Dogecoin for the environment? 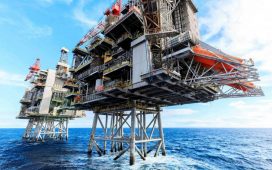