THE Greek helicopter pilot who murdered his British wife has been linked to a restaurant boss’s mystery death.

Charalambos “Babis” Anagnostopoulos smothered Caroline Crouch, 20, with a pillow as their year-old daughter Lydia lay nearby.

They initially believed his death was suicide, but friends are asking how that is possible when he had gunshot wounds to the head and chest.

Mr Dogiakis was a neighbour of the couple in Athens and they were clients at his restaurant chain.

Police are focusing on how Babis funded exotic holidays, fancy hotels and motorbikes on a 3,000 euro (£2,600) a month salary.

Both men’s phones are being examined.

Babis, 33, had claimed a masked gang broke in on May 11 and killed his wife and her puppy.

But he later confessed and is awaiting sentence at Korydallos prison near Athens.

He has been pictured exercising in the yard and talking to a lag in the “VIP wing” for white-collar criminals.

One angry caller to a TV news show said: “Have we gone mad? This man murdered his wife, killed the family dog then lied to police for six weeks and he is in the section for non-violent crimes?”

Jail sources said he was sharing a cell with three men including a former guard.

An insider said: “He’s asked for a job so he can be useful.

“Some inmates are getting annoyed with the attention he gets. He may have to watch out.”

Cops are also probing a mystery visit to Crete by Caroline in April, where she viewed a villa with a colleague of Babis.

Lawyers want a court to give custody of Lydia to Caroline’s parents Susan and David who live on the island of Alonissos. 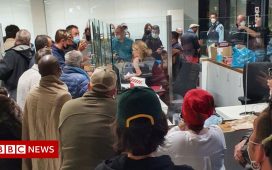 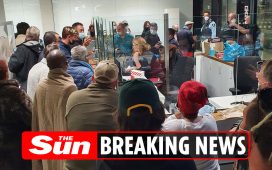 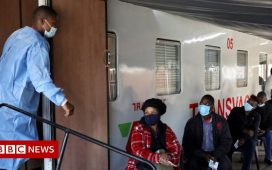