It was not the sight that public health officials welcomed but one by one they came. By 6.30am, when the service celebrating the feast of the Epiphany had started, the inner sanctum of the Panagia Grigorousa church, was Covid-capacity full. By 9am worshippers were lining up to kiss the cross that Father Giorgos, the chapel priest, was holding in his left hand as his right blessed parishioners with a basil branch doused in holy water.

“At other times there’d be faithful out here lining up,” said the cleric, his spectacles misting up above his mask as he chatted later outside the church in the heart of ancient Athens. “What have we done? We’ve celebrated the baptism of Christ and we’ve done it with no more than 25 in attendance following all the health rules.”

In what had been described by some as a rebellion, others a declaration of war, churches across Greece opened their doors Wednesday – defying nationwide lockdown measures – to mark one of the holiest days in the Orthodox calendar.

The move had put the powerful institution on a collision course with the centre right government, which has struggled to contain a surge in coronavirus cases at a time when conspiracy theories over the merit of any vaccine appear to be rife. The bishop of Kythera, echoing the Greek Orthodox bishop of Australia, recently urged church-goers not to be inoculated saying he had heard the vaccine had been concocted using the cell lines of aborted foetuses.

On Tuesday, the prime minister Kyriakos Mitsotakis urged the country’s spiritual leader, Ieronymos II, to back down saying clerics should assume responsibility and assist “in the big effort to limit the consequences of the pandemic.”

Ultimately, it was the government that was forced to relent after bishops vowed they would adhere to a decision by the holy synod, the Church’s governing body, and celebrate Epiphany, albeit with limited congregations.

“For believers the church is our doctor’s surgery,” said Dimitrios Kokkinos, a retail merchant who had been among the first to pass through the wooden doors of the Panagia Grigorousa. “And this is one of our most sacred feast days. I’d only miss it if I were sick or dead. The church was quite right to do what it has done.”

Reversing an earlier decision, the government announced at the weekend that restrictions aimed at curbing the virus’ spread, including the closure of places of worship, would be re-imposed in preparation for schools opening on 11 January.

Slighted by the failure of authorities to consult with it beforehand, the church hierarchy responded with fury.

On Monday, its governing body, the holy synod, convened in emergency session to both condemn the ban and vow that when Greeks marked the Epiphany it would not be enforced.

Imploring worshippers to show up for services, senior clerics warned that hefty fines might be in store. The synod’s spokesman, Metropolis Athenagoras of Ilion, Acharnes and Petroupolis, went so far as to say he was ready to accept a 1,500 euro penalty for opening the doors to his church.

At the eleventh hour both sides attempted to come to some accommodation: while Ieronymos, who only recently recovered from coronavirus, urged bishops to stick religiously to the public health rules and the police were ordered to be discreet. With the exception of a few hardline bishops, who insisted on conducting the ritual outdoors, the blessing of the waters took place inside churches and not along coastlines and rivers as is custom.

The confrontation has highlighted the immense influence of the Church in a country where religious icons still adorn public buildings and the archbishop oversees the swearing in of government ministers.

As Greeks prepare to mark 200 years since the outbreak of the 1821 war of independence against Ottoman rule, the role of the church remains paramount not least because of the institution’s seemingly inseparable ties with the Greek state. Indicatively, it is the state that pays the salaries of priests despite the church being one of the country’s biggest landowners.

“For Greeks, religion is a marker of national identity with both, historically, being inextricably bound,” said Dimitris Christopoulos, a professor of political science and history at Athens’ Panteion University. “There is no church-state separation. That’s why the church will always stand up for its privileges when it feels they are being undermined as is the case with the public health measures enforced as a result of the pandemic.” 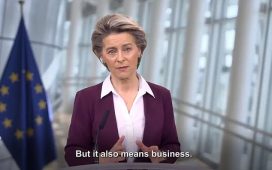 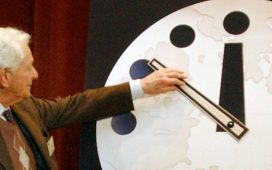