Greater Manchester and parts of Lancashire will receive increased testing capability, military support and face stricter guidance around non-essential travel to drive down increasing Covid rates linked to the Delta variant, the health secretary has announced.

The mayor of Greater Manchester, Andy Burnham, broadly welcomed the measures, but is requesting support for a three-week programme of surge vaccinations in the worst-hit areas.

Measures in Bolton, which had received additional support including extra vaccinations, a return of mask-wearing in secondary schools, and surge testing, would be rolled out to the other nine councils that make up Greater Manchester, and Lancashire county council, Matt Hancock announced in the Commons on Tuesday.

The measures have been in place since May in Bolton, which had an infection rate of 452 cases per 100,000 people – then the UK’s highest – two weeks ago. While the town still has the highest infection rate in Greater Manchester, it has now dropped to 319.6 cases per 100,000 people. However, the rest of the region has recorded rapidly rising cases, with rates doubling in six out of the nine areas over the last week.

The highest rates in Greater Manchester are among 16- to 29-year-olds, who have mostly not been vaccinated, and while the rate across the region is 175 cases per 100,000 people, there are relatively low rates of hospitalisations, with 31 people in intensive care.

Hancock’s statement did not explicitly refer to increased vaccination supply or travel restrictions, but the official government website which advises people to “minimise travel in and out of affected areas” has now been updated to include Greater Manchester and Lancashire.

Burnham, who said the decision to deem Greater Manchester as an “enhanced response area” had followed discussions between local leaders and the government, was clear that the guidance did not amount to a local lockdown, describing it as a “sensible approach”.

“This is not about telling people to cancel their plans. It is asking them to be careful in setting any new ones to minimise non-essential travel,” he said.

Burnham said that building on the experience in Bolton, where “there has been a degree of acceleration” on the vaccination programme, Greater Manchester were asking for a “reasonable number” in the “low double thousands” of extra vaccines to run a “highly targeted” surge programme over the next three weeks, focusing on younger age groups. He also said there was “absolutely a robust case” to extend the vaccination programme to over-16s.

Five of the UK’s highest infection rates are in Greater Manchester, with rising numbers in Manchester, Salford, Bury and Stockport.

The health secretary also encouraged all residents of “Manchester and Lancashire to get the tests on offer”, presumably meaning the Greater Manchester region.

“We know that this approach can work, we’ve seen it work in south London and in Bolton in stopping a rise in the number of cases. This is the next stage of tackling the pandemic in Manchester, and in Lancashire. And of course, it’s vital that people in these areas as ever else come forward and get the job as soon as they’re eligible because that is our way out of this pandemic together.”

Blackburn with Darwen remains the UK’s worst-hit area, with 516.4 cases per 100,000. Blackburn’s MP and public health chief have called for increased vaccinations to their area. Manchester has a rate of 189.6 cases per 100,000, while Salford has 175.8 cases by the same measure.

Dr Sakthi Karunanithi, Lancashire county council’s director of public health, has said that figures indicating rising Covid rates were “of some concern” but this new announcement means “support not sanctions” in the form of additional surge testing and extra vaccine supply across the county.

“We’re looking for reasons to vaccinate people, not turn them away,” he said.

As for whether this would mean extending vaccine eligibility in the county, Sakthi said: “We would ideally like the government to progress with offering vaccinations to all adults.”

With cases rapidly increasing across the north-west, council leaders in Cheshire East, Cheshire West, Warrington and Halton have written to the government urging it to address “barriers” to local delivery, saying vaccine supply “simply hasn’t been responsive enough to the challenges on the ground”. 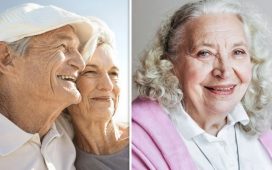 How to live longer: Expert's five key habits to keep you ‘healthy and sharp' in older age 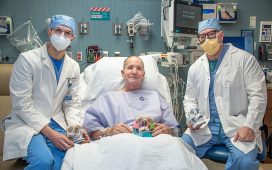 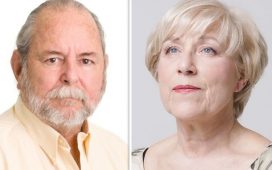 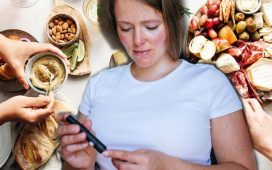 Diabetes type 2: Best diet to help lower blood sugars – what to include?