Daisy Lowe, Nick Grimshaw and Ricky Wilson packed out The Aubin Arms in the heart of Carnaby Street as they raised a glass to the return of iconic clothing brand after nine years

Stars such as Nick Grimshaw and Daisy Lowe packed an iconic boozer in heart of Carnaby in London as Aubin made a return after a nine-year hiatus.

They were joined by Kaiser Chiefs frontman Ricky Wilson as well as model Amber Le Bon and writer and presenter Jack Guinness as Aubin transform an iconic pub in the heart of Carnaby, into The Aubin Arms – a stone’s throw away from the brand’s first standalone store.

The Aubin Arms hopes to breathe life back into the British pub, with a two-week takeover including everything from traditional pub games to a gourmet pie night.

Breathing life back into the British fashion is the returning Aubin – with a belief that “better is greater than more”.

Relaunching this September following a nine-year hiatus, Aubin encourages intelligent choices on sustainability by promoting quality over quantity – hoping to be a much-needed antidote for fast fashion.

Inspired by the past yet living in the present, the brand’s launch collection of wardrobe staples seeks inspiration from British heritage.


Nick Grimshaw and Ricky Wilson at the Aubin Arms
(

Nick Grimshaw came dressed to impressed at the launch
(

It reinvents the classics such as a Lysaghts wool shirt, which sought inspiration from a traditional North Lincolnshire steel worker shirt so it’s hard wearing and can be worn again and again.

The Union Wax jacket in Aubin red is another essential from the collection, made from British Millerain fabric. A modernisation of a classic British garment and if cherished, will last for years.

Other core products include a Submariner jumper, remodelled for comfort, and a reinterpretation of the classic Oxford button down shirt.

Aubin works with the very best manufacturers in their field and will be sourcing top quality organic cotton from Portugal as well as working with British producers to weave the finest wool.

Aubin’s Founder, Pete Williams said: “Aubin has always been rooted in slow fashion, but it was first launched at the peak of the fast fashion revolution that changed the market totally.

“Fast forward to today and consumers are becoming increasingly aware of the environmental consequences of their shopping habits and our core principle of ‘Better is Greater than More’ now resonates with a far wider audience.”

See also  How to make Clodagh McKenna's easy chicken curry
Share on FacebookShare on TwitterShare on PinterestShare on Reddit
newscabalSeptember 16, 2021 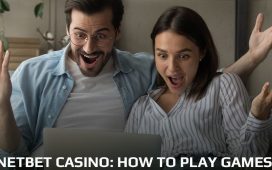 ‘Trad wife’ with low libido lets husband have sex with other women: ‘It makes our marriage stronger’ 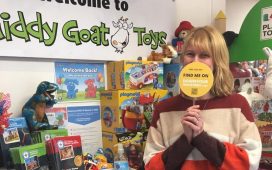 Style out the power cuts: 10 of the best candles and cordless lamps – in pictures 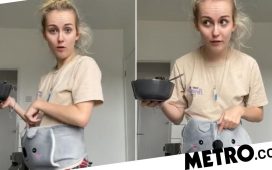