NEWSCABAL
Home » Grandfather, 51, barely been outside in four years since having his nose CUT OFF in cancer treatment
health

Grandfather, 51, barely been outside in four years since having his nose CUT OFF in cancer treatment


A grandfather who was left with a gaping hole in his face after cancer treatment doesn’t leave his home in case he frightens children.

Stephen White, 51, said he has been living ‘like a vampire’ and has barely seen daylight in four years.

He became a recluse after a rare nasal cancer diagnosis left him needing his nose chopped off in 2015, leaving him with a hole in the centre of his face.

The former sales assistant, from Exeter, Devon, said: ‘I became a prisoner in my own home, only going out at night time like a vampire, and with my hoodie up, when there was less traffic and less risk of me bumping into people who would judge me. 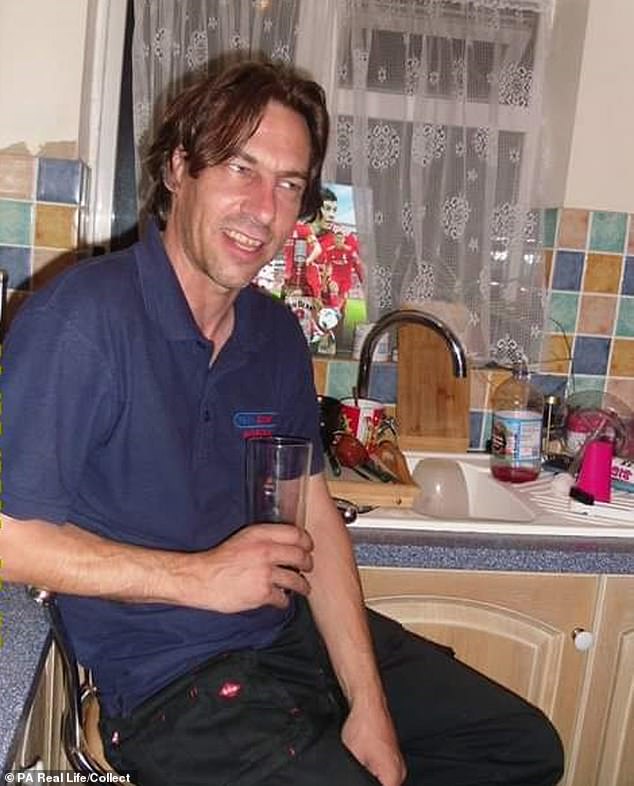 Stephen White, 51, has barely been outside in four years since having his nose cutt off following a nasal cancer diagnosis (pictured before surgery) 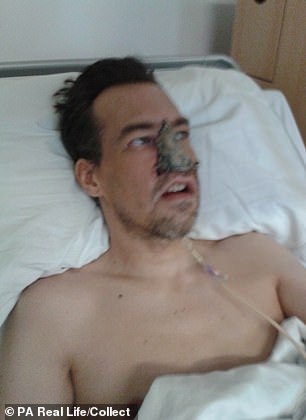 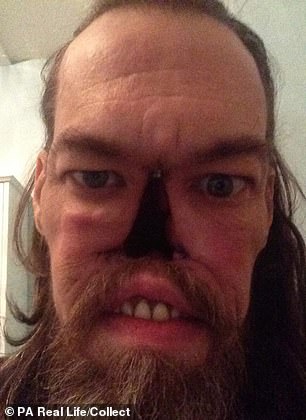 He has been living ‘like a vampire’ and has barely seen daylight in four years after the operation (before, left, and after)

‘I scare my grandchildren and when I go out in the street. I scare, not just children, but everybody. People look at me and cross the road to avoid me.

‘Then they would look at my face and see I didn’t have a nose. It destroyed my self-confidence and I now have no self-esteem.

Mr White went to doctors in March 2015 when he couldn’t shift a nosebleed for weeks.

He was prescribed antibiotics when doctors presumed it was caused by an infection or the flu. 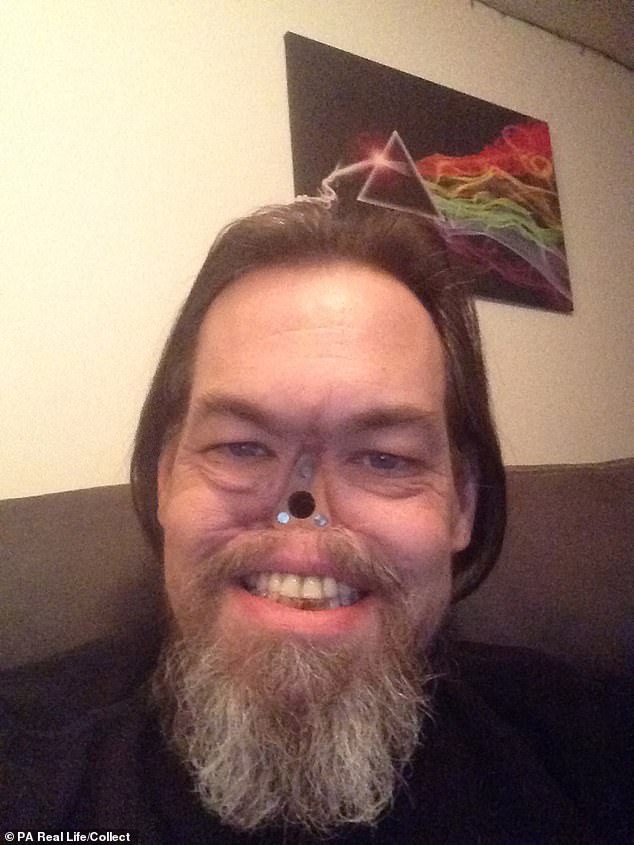 The former sales assistant said he feels like ‘a prisoner in his own home’, only venturing out at nighttime 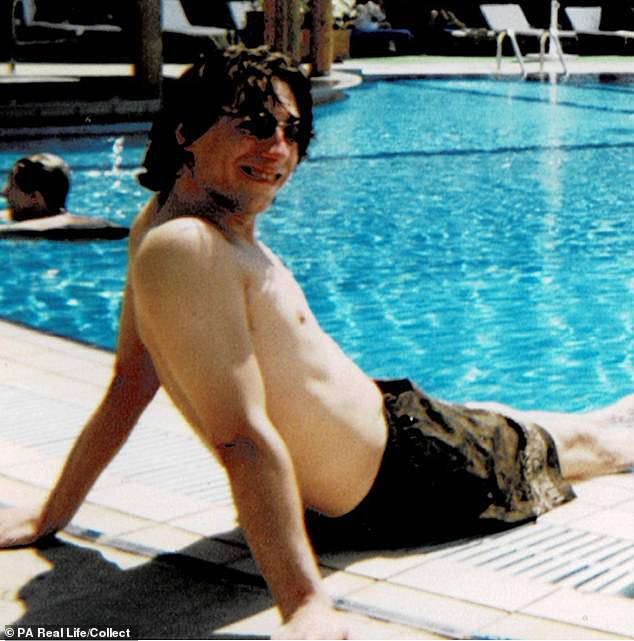 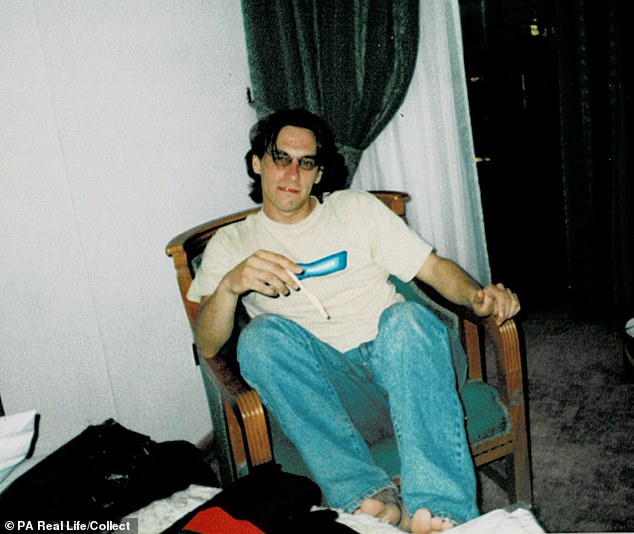 An MRI scan a fortnight later revealed the bone at the centre of his nose revealed he had a cancerous tumour.

He said: ‘It was a real shock. It’s such a rare cancer that they hadn’t seen anything like it before.

‘There were about 15 people in the room discussing what the options were.

‘The cancer was right in the middle of my face and I’m still waiting for a new nose.

One of the rarer forms of cancer, only around 400 people are diagnosed with it in their nasal cavity and sinuses, according to CancerResearch.org

Medics told Mr White he would need surgery to assess how far the cancer had spread and whether there was a risk of it reaching his brain and spinal cord. 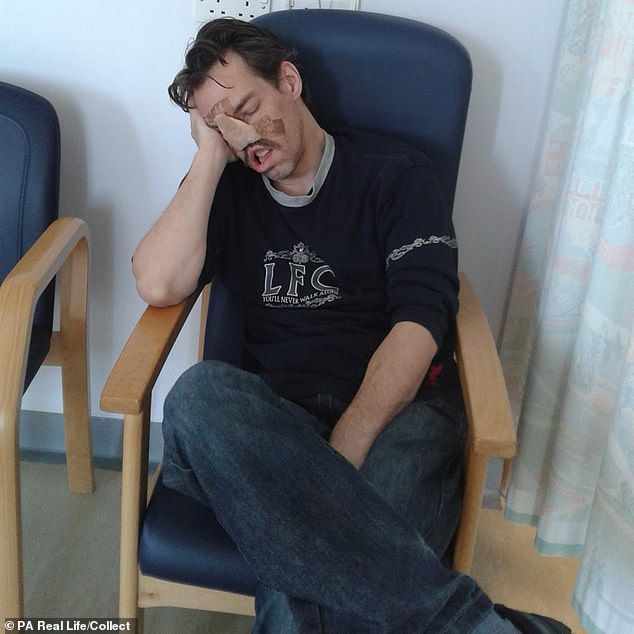 He went under the knife two months later in July. They discovered the aggressive tumour was making its way through his naval cavity and had to remove the nose.

Mr White said: ‘I can’t remember how long the operation was but it felt like it took hours.

‘When I woke up, I had no teeth, top palate or nose because they saw the cancer was attacking my palate and gums.

‘And they removed my teeth anticipating that the radiotherapy treatment later on would destroy the enamel and they would rot away. I couldn’t speak because my teeth had gone.

‘The cancer had been discovered in my nasal cavity. It had gone under my right eye and worked its way to my nose.

‘It got into the fleshy part of my nose above my teeth, and was working its way to the back of my head, but had stopped between the spinal column and brain.

‘I had this big blood plaster stapled onto my face. It looked like a creature from the film Alien and I just burst into tears.

‘When my daughter showed me my face I just thought, ‘There goes my life. I’m going to be the scariest person walking the streets. People will think I’m

He is now waiting on a prosthetic nose which he hopes will give him the confidence to date again.

It’s a rare type of cancer that affects around 400 people in the UK each year, usually men aged over 40

Nasal and sinus cancer is different from cancer of the area where the nose and throat connect.

The most common symptoms of nasal and sinus cancer are:

These symptoms can be similar to more common and less serious conditions, such as a cold or sinusitis.

At a later stage, symptoms can include:

Several factors are known to increase the risk of developing nasal and sinus cancer. 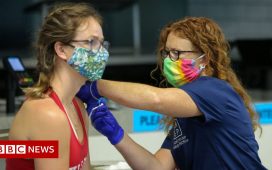 Covid: All UK adults should get Covid booster, say advisers 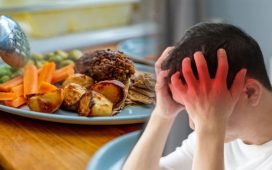 Stroke: The vegetable when eaten in moderation that could reduce your risk by 24 percent 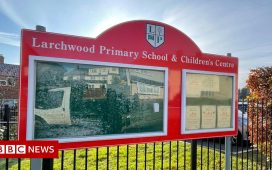 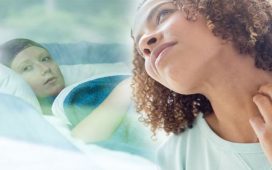 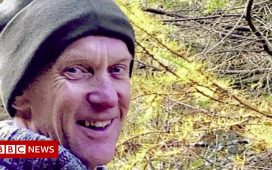