Government told it would be ‘reckless’ to scrap BTECs

Unions have urged Gavin Williamson not to scrap most BTECqualifications, saying such a move would be “reckless”.

The education minister has been urged to keep these qualifications which “play a vital role in helping young people progress” in the next stage of their lives.

Announcing a shake-up earlier this month, the government announced it would stop funding poor-quality qualifications that overlapped with new T-levels.

The Department for Education (DfE) said apprenticeships, A-levels and T-levels – two-year technical courses that are the equivalent of three A-levels – will become the main progression options after GCSEs.

A group of 12 organisations have urged the government to rethink plans to scrap funding for “the vast majority of applied general qualifications”.

“These are well established, well respected qualifications that play a vital role in helping young people progress to higher education or employment, and in meeting the skills needs of employers,” their letter said.

“For many students, studying one or more applied general qualifications will be a more effective way of accessing, remaining in, and progressing from 16 to 19 education than studying A levels or T levels.”

It said the shake-up would “remote low-quality qualifications that lack job prospects” and mean qualifications will need to prove they provide employers with required skills or lead to good higher education courses, as well as a “real need for them to be funded”.

The 12 groups – which includes the Association for School and College Leaders (ASCL) union, the Sixth Form Colleges’ Association (SFCA) and National Union for Students (NUS) – have said disadvantaged students would “have the most to lose” by the changes, saying research shows “applied general qualifications are engines of social mobility”.

The Social Market Foundation found 44 per cent of white working-class students going to university had at least one BTEC, while 37 per cent of black students did so with only BTEC qualifications, their letter said.

“Applied general qualifications like BTECs are popular with students, respected by employers and provide a well-established route to higher education or employment,” James Kewin from SFCA said.

“So it is hard to fathom why the government wants to scrap most of them and force young people to choose between studying A levels or T levels from the age of 16.”

He added: “It would be reckless of the government to ditch these qualifications simply to clear the way for T-levels which may well prove to be a good option for some young people but are largely untried and untested.”

The DfE will now review all the other level 3 qualifications to assess whether there is a real need for them to be funded.

A spokesperson for the department said: “Great qualifications are essential to helping everyone, regardless of their age or background, to reach their career goals and get good jobs.”

“Our reforms will simplify and streamline the current system, ensuring that all qualifications are fit for purpose, are high-quality and lead to good outcomes.”

The DfE spokesperson added: “We are putting employers at the heart of the skills system and boosting the quality of qualifications on offer so that all students, including those from disadvantaged backgrounds, leave education with the skills employers need.”

English exam board doubles choice of books by writers of colour

Online-only learning is not value for money, UK universities told

UK teachers and parents: how is the autumn school term going so far? 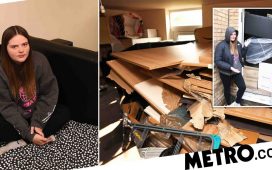