The Government has secured a further two million doses of a coronavirus vaccine thought to be 95% effective.

It brings the total number of jabs on order from the US firm Moderna to seven million – enough for around 3.5 million people in the UK.

The vaccine has yet to be approved by the Medicines and Healthcare products Regulatory Agency (MHRA), but doses could begin being delivered next spring if it meets the standards.

Interim data suggests the jab is highly effective in preventing people getting ill and may work across all age groups, including the elderly.

The UK has placed orders for 100 million doses of the Oxford vaccine – enough to vaccinate most of the population – with rollout expected in the coming weeks if the jab is approved by the MHRA.

Oxford data indicates the vaccine has 62% efficacy when one full dose is given followed by another full dose, but when people were given a half dose followed by a full dose at least a month later, its efficacy rose to 90%.

The combined analysis from both dosing regimes resulted in an average efficacy of 70.4%.

The Government also has orders for 40 million doses of the jab from Pfizer and BioNTech, which has been shown to be 95% effective.

Both the Pfizer and Moderna jabs are known as a messenger RNA (mRNA) vaccine. Conventional vaccines are produced using weakened forms of the virus, but mRNAs use only the virus’s genetic code.

Asked about the different efficacy rates for the different vaccines, Peter Openshaw, professor of experimental medicine at Imperial College London, said he would he happy to have any vaccine that has been approved.

He told The Andrew Marr Show on the BBC: “I would personally be happy to have any vaccine that’s been through the regulatory scrutiny that these trials are currently undergoing. If my GP rings me and says I’ve got an approved vaccine I really don’t care which one it is.”

He said he would be surprised if a vaccine was available by next week, but that there could be “an announcement” within the next fortnight.

Health Secretary Matt Hancock said: “Every week, we are getting more positive news about the range of vaccines in development, and thanks to the work of our taskforce the UK has pre-ordered more hundreds of millions of doses from those companies most advanced in their work.

“This includes buying a further two million doses of Moderna’s vaccine, on top of the five million we’ve already secured.

“With a wide range of vaccine candidates in our portfolio, we stand ready to deploy a vaccine should they receive approval from our medicines regulator, starting with those who will benefit most.”

Business Secretary Alok Sharma added: “It is essential that we continue to bolster our portfolio of vaccine candidates to ensure we’re in the best possible position to protect the public once we see that breakthrough.

“The UK was one of the first countries in Europe to sign a deal with Moderna, and I’m delighted we have been able to secure a further two million doses of their promising candidate for the British public.”

And Kate Bingham, who chairs the Government’s Vaccine Taskforce, said: “Since its inception in June, one of the most important stated aims of the Vaccines Taskforce has been to secure access to the most promising vaccines across a broad range of technologies – thereby increasing the chances of having a safe and effective prevention as soon as possible against Covid 19.

“Moderna’s vaccine was an important addition to our portfolio and securing an additional two million doses further adds to the protection we can provide to the public to end the pandemic.” 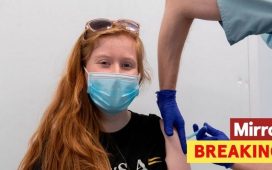 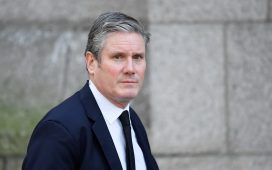 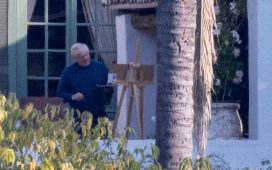 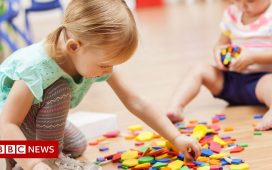