he Government knew a developer had “sufficient resources” to remove Grenfell-style cladding from a tower block that caught fire and had been pushing them for “months”, a letter revealed today.

The building has cladding similar to Grenfell Tower, although the management company said it played no part in the blaze.

However, serious concerns have been raised by residents at New Providence Wharf who have been fighting to remove the cladding since the 2017 Grenfell Tower fire that killed 72 people.

Now a letter from Building Safety Minister Lord Greenhalgh shows that the Government had been pushing them to start work for “months”.

In his letter to the local MP Apsana Begum, Lord Greenhalgh says the owners Ballymore had “sufficient resources” to start works even before they received £8million government funding.

He said the Communities Secretary visited the block after the fire and told Ballymore full remediation works must begin as planned on May 10: “Which I understand has now happened.”

He added: “The Secretary of State expressed deep disappointment at the delays caused thus far by Ballymore, given that the Government has already made £8 million available to them to fund the remediation of unsafe cladding.

“I must clarify that works could have started prior to receiving a decision regarding their application for funding.

“The Government was aware that Ballymore had sufficient resources to start works in advance of receiving funding and has been pushing them to start through months of engagement.

“Additionally, the department publicly named Ballymore for missing the start on site deadline and I held two meetings with Ballymore’s senior leadership to hold them to account for lack of progress.”

However, Labour MP Ms Begum hit out at the Government for not doing more to force the company to carry out work when they knew they could “afford” it.

She added: “It’s plain from the minister’s response to my letter, that the Government opted not to issue directives to force the company to carry out this work, which was so essential to the safety of those living in the 1,500 apartments.

“This casual approach to the wellbeing of my constituents meant that nothing whatsoever was done about related building safety defects from a lack of hot water to broken paving.”

A spokesperson for Ballymore said it was a “complex building” in a horseshoe shape that opens directly onto the riverfront. They said the project was “extremely complicated” that needed more than just a new façade.

They said they had to go through a “two-year procurement process” which has led to a solution, adding: “Our application was registered in late 2019 and only approved in March 2021. Works have been underway for several weeks, as planned.”

They said they had also committed £20million to bridge the “shortfall” between the total cost of works and Government funding.

A spokesperson for the Ministry of Housing, Communities and Local Government said they had “engaged repeatedly” with Ballymore to hold them to account for the “deeply disappointing delay” in starting remediation.

They added: “This is a matter we take extremely seriously and we are glad this work has now started.

“Local authorities and fire and rescue services have legal powers and can take enforcement action against those responsible for buildings with unsafe cladding and the Government supports them to do this.” 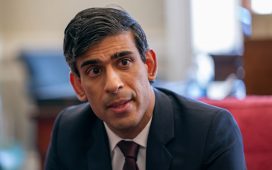 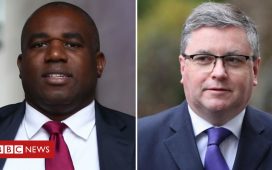 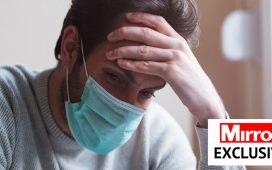 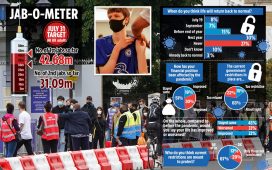 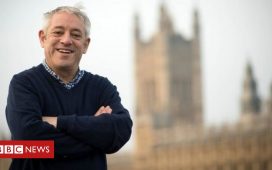 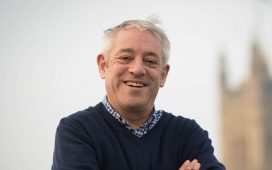