The government could officially tell more primary schools to shut within days after heads and councils staged a revolt.

Primary schools are meant to be fully open in all but 60 council areas from today, despite a new variant of Covid-19.

But a huge number of schools outside the 60 worst-hit areas in England have refused to comply.

Those declining to open include schools in Brighton and parts of Birmingham, the Black Country, Essex, Mansfield, Suffolk, Norfolk, Devon, County Durham, Northumberland, Berkshire and Derbyshire.

While closures are not yet approved by the government in those areas, they can be if councils formally request them.

It’s understood the government will consider any such requests this week – and make further decisions “as early as possible” during the week about any further closures.

The government has not said how many councils have formally requested measures under the “contingency framework”.

Any official decisions will not be taken until being escalated through the government’s Local Action Committee system.

That includes input from the Department of Health, Chief Medical Officer, Public Health England and Test and Trace.

While secondary schools plan to fully open nationally from January 18, primary schools have a patchwork approach.

Primary schools must officially stay shut from today in 60 council areas, including all of London, to all except vulnerable and key workers’ children.

But Boris Johnson has told pupils in the rest of England to go back – despite hinting more classrooms will shut soon.

And his Education Secretary has already had to upgrade the list of 60 from 50 originally after a backlash in London.

A joint statement by the GMB, NAHT, NASUWT, NEU, UNISON and Unite said: “The government’s chaotic handling of the opening of schools has caused confusion for teachers, school staff and parents alike.

“Bringing all pupils back into classrooms while the rate of infection is so high is exposing education sector workers to serious risk of ill-health and could fuel the pandemic.

“Unions have called for a pause in the reopening of schools for anyone other than vulnerable children and children of key workers, and a move to remote learning for all while Covid-secure working arrangements are reviewed.

“All school staff continuing to work in schools should be given priority access to Covid-19 vaccinations.

“Instead of casually asserting that schools are safe, the Prime Minister should sit down with unions to discuss a joint approach to ensuring safe working arrangements in all schools.”

A cross-party group of politicians, campaigners and charities, including ex-PM Tony Blair and three Labour former Education Secretaries, has written to ministers warning of a “digital divide” as children learn remotely.

Labour MP Siobhain McDonagh, who organised the letter, said: “Children on the wrong side of the digital divide have neither the data nor the devices to log in from home when their schools close.

“In a country with free state education, no child’s education should be dependent on their internet connection.”

It came as Matt Hancock today refused to rule out a third national lockdown – but didn’t say when it might happen.

The Health Secretary said “we don’t rule anything out” as Labour told Boris Johnson to impose new curbs today.

“We are prepared to move quickly and take whatever action is necessary,” he told ITV’s Good Morning Britain.

But a No10 source denied reports Boris Johnson would host a meeting of the Covid-O committee today to consider further restrictions. Other ministerial meetings are taking place but it was not immediately expected there’d be a huge announcement today.

It is not clear exactly what extra restrictions would be put in place in a national lockdown.

Some 78% of England is already under Tier 4 rules – which are the same as the November lockdown.

SAGE have warned Tier 4 on its own, without shutting schools, is no longer enough to keep the R number below 1 due to the new variant.

It’s understood more schools could be formally told they can shut in the coming days by the government. But that might still stop short of March, when all schools opened only to vulnerable or key workers’ children.

Mr Hancock also indicated more of the 22% areas that are still in Tier 3 will be put into Tier 4. “The fastest rises are in the Tier 3 areas,” he told ITV.

And he refused to rule out tougher guidance for vulnerable people who were shielding back in March.

But he told Times Radio: “Education is important as well. And therefore, it’s right that we keep schools open where we can.” 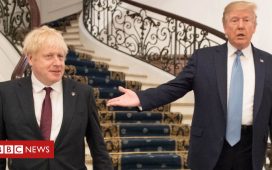 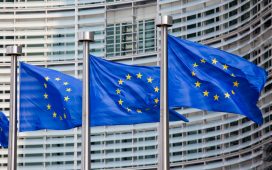