Faced with costs of tackling the pandemic spiralling into tens of billions of pounds, it is hardly surprising that Boris Johnson’s UK government feels it has to draw the line somewhere. Yet appearing to draw that line at funding £60m of free school meals for 1.3m of England’s most deprived children during the half-term and Christmas holidays looks both mean-minded and politically inept. Barely four months after being forced to U-turn over funding meals in the summer break by a highly effective campaign by footballer Marcus Rashford, the government is trying to avoid a second volte-face by promising alternative — but unspecified — arrangements.

While the young are least affected physically by the coronavirus pandemic, they will suffer some of the longest-lasting indirect scars. They have missed out on months of normal schooling, been prevented from taking vital exams, forced to lock down in their first weeks at university, and will emerge into a jobs market that may be weakened for years ahead.

Young people from the most deprived backgrounds have, in turn, suffered by far the most. Studies have shown they are most likely to be left behind by school closures, to be crammed into small homes without outside space during lockdown — and most likely to suffer from the impending wave of joblessness, with all its attendant effects on mental and physical health.

The problem of hunger during school holidays was well-known long before coronavirus, exacerbated by a decade of spending cuts since 2010. A 2017 report for the All-Party Parliamentary Group on Hunger found an estimated 3m children risked going hungry during school holidays. These included 1m growing up in poverty who received free school meals in term time, and 2m who did not as their parents were part of the “working poor”. Hunger left them both unable to enjoy holidays, and malnourished and less well-placed to benefit from lessons when school restarted. Once lockdown was imposed seven months ago, the Trussell Trust, a hunger and poverty charity, reported emergency food parcels given out in April increased 89 per cent year on year; parcels given to children more than doubled.

Ministers have signalled that the government is preparing a new scheme that will help disadvantaged children; Mr Johnson pledged on Monday that “we are going to make sure that we have no children . . . who go hungry this winter”. Yet many of his MPs feel, with justification, that the government has failed to persuade the public that it has an alternative strategy, including £63m of grants to local councils.

Downing Street is right that, in normal times, it is not the job of schools to feed children during holidays. Indeed, dealing with child food poverty should be part of a much more comprehensive approach to looking after the poorest in society. A first step should be to make permanent the temporary increase in universal credit announced early in the pandemic.

Coming up with a broader anti-poverty strategy, however, will take time that the government currently does not have. While the many businesses, wealthy individuals, charities and volunteers who have offered to help out deserve praise for doing so, it is the job of the government in a wealthy country with a welfare state to protect the most vulnerable, especially in a health emergency. As its counterparts in Wales, Scotland and Northern Ireland have already done, the government should either set out and implement immediately an alternative solution, or extend its free school meal scheme to the coming holidays. 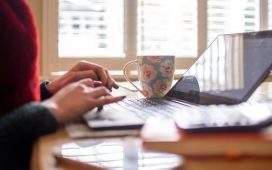 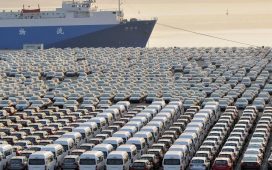 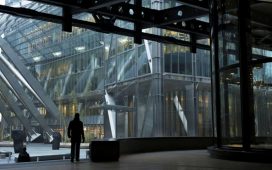