The Good Law Project (GLP) is launching a judicial review bid over the practice, which they say is “unlawful”.

The public interest group said that current rules governing the use of private communications for government business are not fit for purpose.

And they said it “seems unlikely the policy is being followed.”

If successful, they aim to “force Government to put in place proper policies to close this accountability gap for good.”

It comes after the UK’s data watchdog launched a probe into claims former Health Secretary Matt Hancock and Health Minister Lord Bethell routinely used private email accounts at the height of the Covid-19 pandemic, when lucrative contracts were being dished out to private firms.

Information Commissioner Elizabeth Denham said: ““It concerns the public to feel there may be a loss of transparency about decisions affecting them and their loved ones.

“And as the regulator of data protection and freedom of information laws, it concerns me.”

Mr Hancock – who resigned in disgrace last month after footage emerged of him kissing an aide in his office – was accused in leaked minutes of “only” dealing with his private office “via Gmail account”.

The notes from a meeting from December 2020, obtained by the Sunday Times, even claimed Mr Hancock “does not have a DHSC [Department of Health and Social Care] inbox”.

Mr Hancock’s pal Lord Bethell, who donated £5,000 to his leadership bid in 2019 and was then made a health minister nine months later, also “routinely uses his personal inbox”, the minutes claimed.

See also  Brexit deal latest: Theresa May pens letter pleading with British public to back deal as critical EU summit gets under way

Separately, Lord Bethell faces a House of Lords Standards Commissioner investigation into his sponsorship of a Parliament pass for Gina Coladangelo, the aide Mr Hancock was pictured in a clinch with.

“We don’t just think this situation is wrong, we believe it’s unlawful,” GLP said in a statement.

“It flies in the face of government’s legal obligations to preserve official records.”

The group wrote a pre-action protocol letter to government lawyers on Thursday.

Launching the Information Commissioner probe, Ms Denham noted that using private channels does not in itself break freedom of information laws.

And she said the Government’s own code of practice “sets clear standards, and emphasises the importance of good records management in ensuring public trust and confidence, particularly following a national crisis.”

But she said she worries that “information in private email accounts or messaging services is forgotten, overlooked, autodeleted or otherwise not available when a freedom of information request is later made.

“This frustrates the freedom of information process, and puts at risk the preservation of official records of decision making. I also worry that emails containing personal detail are not properly secured in people’s personal email accounts.”

A Cabinet Office spokesperson said: “There are appropriate arrangements in place for the management of electronic communications, including instant messages and emails.

“Ministers and officials are aware of the guidance around personal email usage and government business is conducted in line with that guidance.” 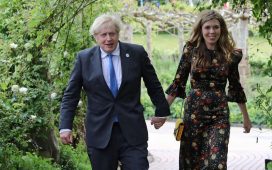 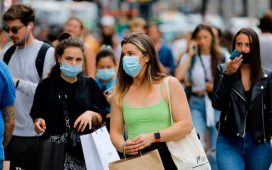 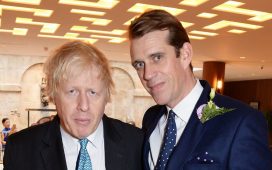