he Government was today accused of “nutty nanny statism” with its plan to ban junk food adverts on TV before 9pm and a total ban online.

Despite railing against the “Nanny State” in the past, Boris Johnson plans to bring in a sweeping ban on junk food adverts.

The proposal to curb the advertising of fatty foods was revealed in Tuesday’s Queen’s Speech under the Health and Care Bill.

Matthew Lesh, head of research at libertarian think tank the Adam Smith Institute, said: “The ad ban plan is nutty nanny statism. It will do nothing to reduce obesity while savagely striking at struggling hospitality businesses and hurting the public.

“The measures will apply to a shockingly large array of foods. It will be illegal to advertise online British favourites like fish and chips, scotch eggs or even a Full English breakfast; takeaways would be unable to post images of their food online; descriptive words like ‘delicious’ will be banned.

“Thousands of restaurants, which have been kept alive thanks to online delivery, will no longer be able to advertise online to find new customers, hitting small businesses the hardest.”

Christopher Snowdon, from free-market think tank Institute of Economic Affairs told the Standard: “There still is no satisfactory legal definition of ‘junk food’. The kind of products that will be banned from advertising are not the kind of things normal people consider to be unhealthy or consider to be junk. It’s going to affect everybody from the largest corporations to the local bakery, the local wedding cake maker, the local sweet shop.

“The Government really needs to – at the very least – water down these proposals to protect what is the country’s largest and most important industry. It’s a huge infringement of their free speech basically. This is really the last thing business needs, particularly at the moment.”

He said people were being sold a “pig in a poke” that it will only affect large hamburger companies, adding: “It’s not, it’s going to affect thousands and thousands of businesses large and small.”

The Prime Minister abandoned his “very libertarian” view on food choices after contracting Covid-19 and ending up in intensive care last year. He admitted he had been “too fat” and his weight was likely a factor in him needing ICU.

Mayor of London Sadiq Khan brought in similar policies at City Hall by outlawing adverts showing food and drinks with high fat, salt and sugar on the Tube, Overground and bus network.

Britain is the second fattest European nation and obesity is thought to be factor that could have worsened the country’s death toll during the pandemic. 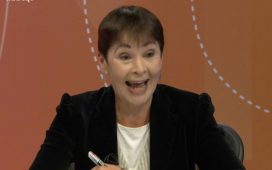 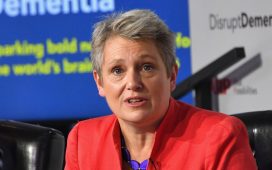 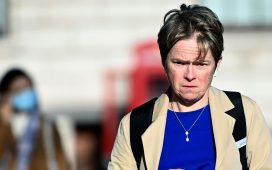