The All Progressives Congress in Oyo State has described Governor Seyi Makinde’s performance since he assumed office in May 2019 as woeful.

The party said this through its state Publicity Secretary, Dr Abdulazeez Kazeem.

This is just as a former governorship candidate of the APC in the state, Bayo Adelabu, also said the governor had done nothing significant since he assumed office.

Kazeem said, “The whole world knows that Governor Seyi Makinde has not done anything but we are keeping quiet so that he won’t say we didn’t allow him to work. But it is evident now that he has done nothing despite the loans.

“The Debt Management Office in their release said some 27 states could not pay salaries without federal allocations and Oyo State was prominent among those states despite what he (Makinde) promised.”

Also, Adelabu, who came second in the 2019 governorship election in the state, had, on Thursday, during an event lined up to celebrate his 50th birthday, said the governor had not fulfilled any of his promises to the people.

Adelabu said Makinde had shown that he was not prepared for governance.

He said, “The governor has not done anything significant in his one-and-a-half years in office. What has he done in employment, agriculture and even education?

“Everything this administration promised the people of the state is still on their wish list 16 months after coming on board.”

But the Chief Press Secretary to the Governor said neither the APC nor Adelabu was in touch with reality.

He said Adelabu should point out specifically the sector where the governor had not performed if he was sure of his claims and not just seeking cheap publicity.

He said, “Recall that the governor had at the commencement of a road project accused the past APC administration of stealing N1bn on a monthly basis for the 96 months they spent in office.

“For the period of eight years the APC spent in office, they were only preoccupied with how to pocket N1bn monthly every day they went to office.

“They spent 96 months in office; that means they have Oyo State’s N96bn with them. We will retrieve every fund that belongs to Oyo people for the purpose of infrastructural development.” 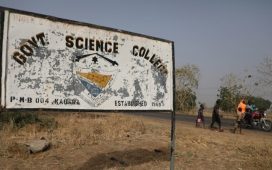 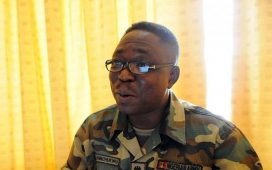 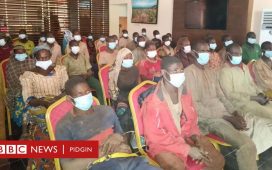