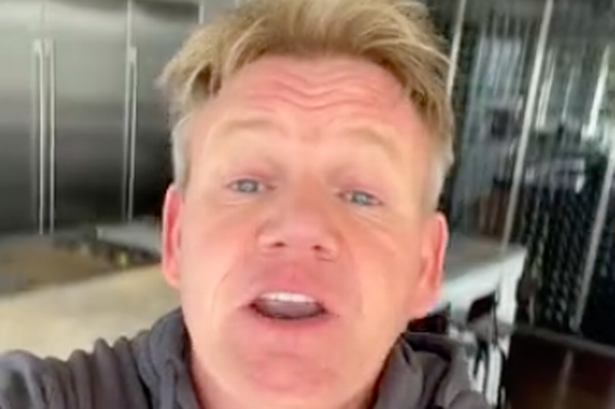 Gordon Ramsay told fans he might start a singing career after showing off his voice in a ‘duet’ online.

The Hells Kitchen chef decided to showcase his vocal talents in his latest TikTok video.

And while Gordon’s daughter Tilly has proven her dancing prowess on Strictly, Gordon opted to tickle his tonsils with a tune.

His song was a response to a fellow TikToker, Food Made Simple, who had tried to show Gordon how to make some sort of an all day breakfast bread with bacon, black pudding, sausages, egg, mushrooms and toast.

After asking if anyone wanted to ‘duet’ on this, Gordon took him quite literally and sang him his own song.

Gordon made up the lyrics which included the lines: ”Please stop the cooking because everybody’s looking and that looks like a pile of …”

He later added: “Maybe if this chef thing doesn’t work out I’ll be a singer…”

Bruno Major who had sung the original soundtrack called Nothing on the video told Ramsay: “Gordon toy sing it better than me.”

Another fan said:” The singing is on point Gordon.”

Someone else suggested:” Why does Gordon look like he’s going crazy.”