Google has issued a statement after it was accused of breaking promises over the performance of Stadia games.

Last week, website 9to5google accused Google of “lying” about the performance of Stadia games after it emerged key titles were not running in 4K resolution and 60 frames per second.

The reality of Stadia is an issue for many owners of the streaming tech because it contradicts statements made by Google and its executives in the run up to release, and because Google is locking “up to 4K” resolution behind its £8.99-a-month Stadia Pro subscription.

In promoting Stadia, Google staff said – on-stage – that its GPU has more power than Xbox One X and PS4 Pro combined.

And in a tweet posted in October, Stadia chief Phil Harrison said “all games at launch support 4K”:

“We designed Stadia to enable 4K/60 (with appropriate TV and bandwidth),” Harrison said. “We want all games to play 4K/60 but sometimes for artistic reasons a game is 4K/30 so Stadia always streams at 4K/60 via 2x encode.”

Yes, all games at launch support 4K. We designed Stadia to enable 4K/60 (with appropriate TV and bandwidth). We want all games to play 4K/60 but sometimes for artistic reasons a game is 4K/30 so Stadia always streams at 4K/60 via 2x encode.

But the Stadia version of Destiny 2, for example, renders at a native 1080p and is then upscaled to improve quality, but never reaches 4K.

Red Dead Redemption 2, Stadia’s most high-profile port, also doesn’t play in true 4K. As Digital Foundry revealed, Red Dead Redemption 2 renders at 1080p or 1440p, depending on what data rate you are using, and is then upscaled to 4K on a Chromecast Ultra. Essentially, Stadia’s 4K mode is actually processing fewer pixels than PS4 Pro on its biggest port.

As Digital Foundry puts it: “Perhaps there’s something more we’re not seeing behind the compression but from a technical perspective, Red Dead 2 on Stadia doesn’t seem to be delivering on key marketing promises – certainly not the spirit of them at least. At the reveal, we were told that Stadia’s GPU has the power of Xbox One X and PS4 Pro graphics combined, yet RDR2 on Stadia only has 44 per cent of the X’s rendering resolution, while even the 4.2TF PS4 Pro GPU is generating a higher pixel-count (even before factoring in its checkerboarding upscale). Stadia’s GPU seems to be an offshoot of AMD’s RX Vega 56 based on its specs, yet in 1080p mode, performance is more in line with the PC version running on a much less capable RX 570 or RX 580.

“First of all, 4K support was promised for all launch titles and while we’re getting a 4K output video format from the Chromecast Ultra, I do feel it’s a stretch to describe this as an ultra HD experience. The small print on the Stadia website explains things more correctly, but even the ‘up to 4K’ claim is still problematic when a title like Destiny 2 runs at 1080p instead. For my money, the Pro sub is still a clear upgrade as it’s the only way to get 5.1 surround sound, HDR and image quality that looks a lot better on the big screen owing to its higher bitrate.”

So, what’s going on? Google said in response that it gives developers the freedom to set the performance of their Stadia ports as they see fit. But, Google said, it expects performance to improve.

“Stadia streams at 4K and 60 FPS – and that includes all aspects of our graphics pipeline from game to screen: GPU, encoder and Chromecast Ultra all outputting at 4k to 4k TVs, with the appropriate internet connection. Developers making Stadia games work hard to deliver the best streaming experience for every game. Like you see on all platforms, this includes a variety of techniques to achieve the best overall quality. We give developers the freedom of how to achieve the best image quality and framerate on Stadia and we are impressed with what they have been able to achieve for day one.

“We expect that many developers can, and in most cases will, continue to improve their games on Stadia. And because Stadia lives in our data centers, developers are able to innovate quickly while delivering even better experiences directly to you without the need for game patches or downloads.”

What appears to have happened here is a disconnect between the promise of Stadia by its marketers and the reality of its ports built by developers. What is clear is the Chromecast Ultra is putting out a true 4K signal, but did Google’s Stadia staff even know Rockstar was rendering Red Dead Redemption 2 internally at 1440p?

Either way, this situation is not a good look for Google, and really you’d expect more from the likes of Phil Harrison, who should have done his homework before promising “all games at launch support 4K”.

It’s an issue that’ll dog Stadia until it’s sorted, too. One of the most upvoted posts on the Stadia subreddit points out the difference between what Google promised, and the reality.

“One of the biggest selling points for me was being able to play games at PC level settings (4k60 high),” Thathuskerfan said.

“But so many people on here are just ignoring that Google underdelivered and are just calling people ‘haters’ while parading around their 1080 upscaled 30fps games. I just don’t understand why the community, as consumers, are just letting the promises Google made slide by. I will say I’m very impressed by the lack of input lag. It was my biggest fear going in but I am quite disappointed in the graphics/frames/settings.”

Star Wars: The Old Republic interview: ‘I’ve been on this project forever and I want to keep working on it forever’

Dead by Daylight's Portrait of a Murder chapter launches today 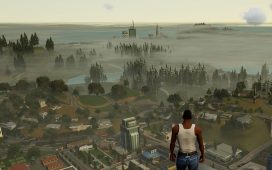 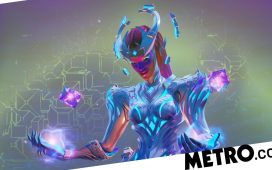