Subjectivist, the winner of one of the strongest Ascot Gold Cups of recent years at the Royal meeting last month, has been ruled out for the rest of the season at least after sustaining filling in a leg, Mark Johnston, the four-year-old’s trainer, said here on Thursday.

Stradivarius, the Gold Cup winner for three years running from 2018, was among the beaten horses at Ascot last month and Subjectivist looked more than capable of dominating the staying division in similar fashion as he powered clear to win by five lengths.

He had filling in a left foreleg after winning the Dubai Gold Cup in March, however, and while that disappeared quickly a similar issue in the other foreleg after Ascot has not.

“He’s got an injury and it’s certainly season-ending,” Johnston said. “There was no secret that the horse had filling in his left foreleg in Dubai straight and we got a hell of a fright from that. Visually, that was a career-ending injury.

“But on Monday he had filling in the opposite leg. Because the left foreleg had been so atypical and he’d come back from that, we hoped it would be the same with the other leg, but it didn’t.

“It’s absolutely heartbreaking. The only positive we can take from it is that at least he did get the opportunity to show us what he could do. Those of us that were there in Dubai thought that was a phenomenal performance, and at least it was confirmed in what I like to think was one of the best Ascot Gold Cups in recent days.”

Asked if he expected Subjectivist to see a racecourse again, Johnston replied simply: “I don’t know.”

Johnston disclosed the news about Subjectivist shortly after saddling his three-parts brother, Sir Ron Priestley, to win the Group Two Princess Of Wales’s Stakes, the feature event on the opening day of the July Festival. Sir Ron Priestley battled on well under a typically well-judged ride from the front by Franny Norton, holding off the late challenge of Al Aasy, the odds-on favourite, by a neck.

Earlier on the card, Alan King’s Lusail prevailed in a tight finish to the Group Two July Stakes, while Charlie Appleby’s newly gelded Yabir – seen as a potential Derby horse earlier in the season – was a ready winner of the Bahrain Trophy.

Thirteen fillies are due to go to post for the Falmouth Stakes at Newmarket on Friday – the biggest field since the race achieved Group One status in 2004 – and there is depth in quality as well as quantity, with the 1-2-3s from both the Coronation Stakes and Duke Of Cambridge Stakes at Royal Ascot in the lineup.

Alcohol Free is the likely favourite to back up her Coronation success, but the runner-up Snow Lantern remains lightly raced and has obvious potential to improve past her. Indie Angel, meanwhile, also demands respect on her winning Ascot form, while some punters will find 6-1 about a 1,000 Guineas winner irresistible and side with Mother Earth.

The under-the-radar runner, though, is Primo Bacio (3.35), an easy winner at York in May with Snow Lantern – who pulled much too hard – five lengths away in third. Ed Walker ruled her out of the Coronation after the rain arrived but on quicker ground here, she is a big contender at around 6-1.

Newmarket 1.50 King Of Clubs has yet to prove conclusively that he gets 10 furlongs but he stayed on well over nine at Sandown last month in a strongly run race. He makes much more appeal at around 9-1 than likely favourite Foxes Tales, who enjoyed being held up off a strong pace at Royal Ascot but is unlikely to get a similarly run race here.

York 2.05 Cormier is an automatic favourite here after a successful return to the Flat at Pontefract in May, having improved over hurdles during the winter. That was a weak race, though, and hardly justifies quotes of around 7-4 for Brian Ellison’s five-year-old when at least two rivals have been performing just as well at a better level. Bollin Joan, reunited with Ella McCain for the first time since their track-and-trip win in June, looks the value at around 6-1.

Newmarket 2.25 There is obvious scope for several of these juvenile fillies to take a big step forward, not least as three or four of the market leaders will be racing on fast ground for the first time. That applies as much to Sandrine, the favourite, as it does to any of her rivals but at the likely prices, Flotus, who looked a high-class filly in the making on debut in May, could reward an each-way interest. She was a long way behind Sandrine in the Albany at Royal Ascot but it all went wrong from the start for her there, as she missed the break and then immediately raced hard to make up the lost ground.

York 2.40 Vadream travelled as well as anything in the Jersey Stakes at Royal Ascot over seven furlongs last time before her run petered out well inside the final furlong. This drop back to six furlongs seems sure to suit.

Newmarket 3.00 Prince Alex reeled off five successive wins at the end of last season and while he has yet to notch another success in two starts this term he went down only narrowly at Goodwood in May and the winner there has gone in again since. 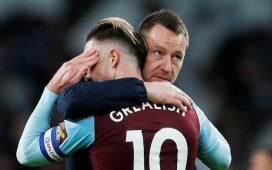 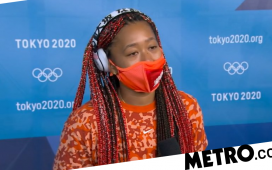 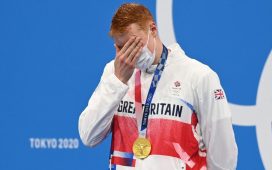 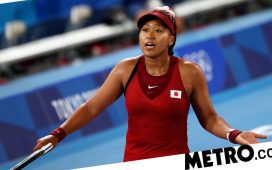 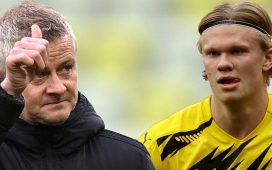