Cory Barlog hasn’t come back to direct the God Of War sequel, with series designer Eric Williams helming the project instead.

Many fans expected/hoped to see a proper trailer for God Of War Ragnarök during the recent PlayStation Showcase, and that’s exactly what they got. The trailer showed off returning and new characters, as well as a first look at gameplay, new enemies, and a hint at the story.

Further details have since been shared, with a post-showcase interview with Santa Monica staff confirming that Cory Barlog, the previous game’s director, has not returned to the role for the sequel.

Instead, Eric Williams is sitting in the director’s chair. Much like Barlog, Williams has worked on the God Of War series since the very first game in 2005, as a designer, with God Of War: Ragnarök being his directorial debut.

When asked about the change in leadership, Williams explains that it is something of a tradition at Santa Monica to change directors across its games. Barlog adds that it is important to get a fresh perspective as well as a fresh pair of legs since it’s a very exhausting role.

Barlog refused to comment on what he might be working on next and since Santa Monica Studio has no other games currently announced it’s impossible to guess.

‘We’re actually doing a bunch of stuff… it’s really exciting. All of the things that we’re doing … I don’t really have anything I can talk about right now specifically, mostly because we’re really focused on God Of War Ragnarök’, he said.

Williams also named some of the new actors that will appear in the game, as well as what role their characters will play in the story. Arguably, the biggest one is Thor’s actor. Turns out it’s not Josh Brolin but Ryan Hurst, who played Opie in Sons Of Anarchy.

Santa Monica has shared new images of the confirmed characters via IGN, both returning and new, along with their actors. As Williams says, this Thor is much closer to the original Norse mythology when compared to Marvel’s take on the character and is described as a ‘big, burly, almost hedonistic manchild.’

Two other newcomers include Ben Prendegrast (Fuse from Apex Legends) as Týr, the Norse god of war who Kratos and Atreus will be searching for, and Laya DeLeon Hayes as Angrboða who, as IGN points out, is Loki’s mate in Norse mythology and a potential love interest for Atreus.

Lastly, while the trailer doesn’t provide any release date, the PlayStation Blog update assures that it’s still on track for 2022 but not, it seems, early 2022.


MORE : God Of War review – the redemption of Kratos

See also  Marvel’s Spider-Man: The Heist review – daylight robbery or the cat’s pyjamas?
Share on FacebookShare on TwitterShare on PinterestShare on Reddit
newscabalSeptember 10, 2021 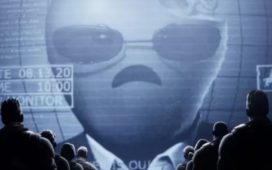 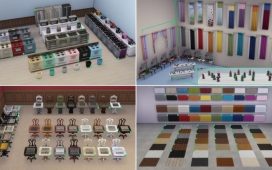 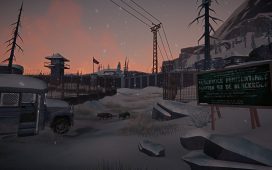 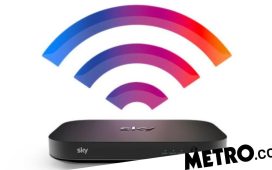