Manchester City and Tottenham Hotspur scored ten goals between them on a night of Champions League excess.

The Sky Blues thrashed Atalanta 5-1 at the Etihad with Raheem Sterling scoring a hat-trick, while Harry Kane and Son Heung-min both scored twice as Tottenham put their early season woes behind them with a 5-1 victory over Red Star Belgrade.

Earlier in the week Tottenham manager Mauricio Pochettino had admitted he could be set for the sack, but it was like watching the Spurs of last season as they ran riot against the Serbian visitors.

Kane opened the scoring on nine minutes and two Son goals established a 3-0 lead for Tottenham with the England striker grabbing a second after break and  Erik Lamela also getting on the scoresheet.

The result moves Tottenham to second in group B, on four points, five behind leaders Bayern Munich, who won 3-2 away at Olympiakos to consolidate their position at the top.

Nonetheless it was a much-needed boost for Tottenham, who travel to Anfield on Saturday to face Liverpool, and Pochettino made no secret of its importance to a side short of self-belief.

“It was an important result,” said the Argentine. “One, for our confidence and two, for another three points in the table.

“We need to go step-by-step, being solid again. The most important thing is to be together and be calm and know that this type of thing can happen in any team.”

Asked to account for Tottenham’s poor start to the season, which included a 7-2 thrashing at home to Bayern, Pochettino said: “My theory is we started late in our preparation. We used pre-season not just to settle our principles of play and build fitness, but also to build a dynamic of the group.

“I believe that was affected because we started so late [because of playing in the Champions League final].”

Sterling worth his weight in gold

While Kane was scoring twice for Spurs, his England team-mate Raheem Sterling was going one better for Man City as they put Atalanta to the sword with a clinical display in group C.

City made it three wins from three and Sterling made it 12 goals in 13 games this season with a hat-trick that had manager Pep Guardiola purring.

City’s other goals both came from Argentine ace Sergio Aguero, the second one a penalty, while the Italian visitors also scored from the spot after Fernandinho had fouled Josip Ilicic.

That wasn’t the only irritant for Guardiola on a night when Rodri limped off with a hamstring injury before the break and 19-year-old Phil Foden was dismissed for two bookable offences.

It was the first red card of Foden’s career and Guardiola said it should serve as a lesson.

He explained: “The important thing with Phil is not the red card, it is the way he played. We know it – he can do it – and he played so good, at a high level.

“Now he will know after having one yellow card that he has to be more careful for the second but this experience is good and it is going to help him.” 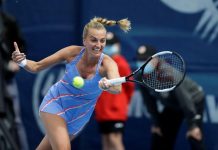 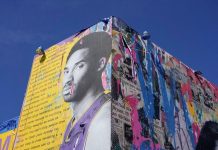 What is still up for grabs in the Premier League this season?