Women’s basketball is a “sleeping giant” in the UK according to the coach of the new Gloucester City Queens team, which joins the Women’s British Basketball League this year.

While basketball may conjure images of the NBA in the USA, it is consistently one of the biggest participation sports in Britain, particularly among children. According to Basketball England, more than 300,000 people over the age of 16 play basketball at least twice a month, while one in four teenagers play it at least once a month. One in six of those players are female.

Yet it’s been four years since a professional women’s team was launched in the UK, when Durham Palatinates joined the WBBL, the country’s top competition. Often, teams have to look across the Atlantic or to Europe to sign players.

The gap between the high rates of basketball played in communities and those moving up to the professional game is something the Gloucester City Queens want to help close.

“We’re a community at heart – that’s how we want to build it,” said Jay Marriott, Gloucester City Queens coach and CEO of Gloucester Sport.

“We want young girls in the stands looking and aspiring to be a basketball player and understanding that it’s a reality – that it’s right here on the doorstep and it can happen.”

Gloucester City Queens is the brainchild of local businessman Alex Petheram, who is also co-owner of football club Gloucester City. Under the umbrella brand of Gloucester Sport, he hopes to run the teams side-by-side, in a similar way to the Bristol Sport model in which Bristol City FC, Bristol Bears and Bristol Flyers are all overseen under the same roof.

The Gloucester project also includes a pre-existing men’s basketball team, rebranded the Gloucester City Kings this summer. The aim is to also move that team up to the top men’s league next year.

Gloucester might be a city more known for its rugby culture than basketball, but Petheram believes basketball offers something other sports cannot.

“Basketball for me is about more the community and around getting people active and it’s an inclusion sport,” said Petheram.

“It’s the fastest-growing sport in the country and it’s all about inclusion for everyone, and that includes sponsors, right through to little kids, through to grown adults. And it’s such a family-filled thing and I hopefully wanted to bring that excitement to the city.

“Every school plays it but where does it go? Because it doesn’t go anywhere in this country.”

Creating a top-flight women’s basketball team from scratch isn’t without issues, however. Petheram says it cost £250,000 to buy into the WBBL – the league does not have promotion or relegation – before considering the additional costs such as player visas, venue hire and kit.

They’ve also struggled to sign more than six players on contract so far because of needing a certificate of sponsorship for visas as well as Brexit, which has prevented them from signing international players who don’t hold dual British or Irish passports or a European residence permit.

Yet among the Queens squad is Melita Emanuel-Carr, an England international who was part of the team that won silver at the Commonwealth Games in 2018, former Oakland Wolves player Claire Abbott from Canada, and American former Cardiff Met player Marlee Ball, who all have WBBL experience.

“I’ve seen how many young girls are playing now, and even in Gloucester as well, the city is such a sporty city and I didn’t expect that either,” said Emanuel-Carr.

“Having this franchise especially here I think is going to be good. It’s going to pick up loads and loads of people to play basketball.”

The sky’s the limit

Petheram, who works in construction, clearly has big aims for the Queens, as well as the Gloucester Sport brand. He’s already consulting with partners about potentially building a new stadium in the city in the future, with the hope the Kings and Queens will outgrow their current home at the Oxstalls Sports Park.

The prospect of the Kings joining the women’s squad in the sport’s top league next year brings even more potential to grow, particularly with both leagues having a broadcast deal with Sky Sports.

The aim is to play competitive, high-quality basketball, but Marriott wants the Queens to entertain fans and create a spectacle at every match.

Also, crucial to Petheram is that the Queens is run entirely as a professional outfit, with all contracted players paid a salary enabling them to live and train as full-time athletes – something that’s still a rarity among women’s sport in the UK.

Ultimately, though, growing the sport and inspiring more girls and women to play basketball is the aim. When Queens player Layla Hall was growing up in nearby Bristol, she never dreamed she’d be able to play for a professional team almost right on her doorstep.

“Any women’s basketball team that gets launched, especially at the pro level in Britain, is a big deal. It doesn’t happen very often, it hasn’t happened for years,” Hall said.

“Having a new team being launched so close to home in the South West, it really, to me, it’s a massive deal because it’s more representation for women’s sport overall, let alone for women’s basketball.” 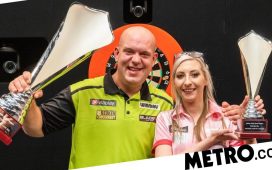 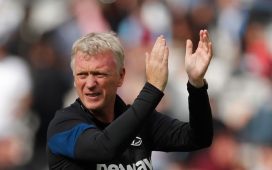 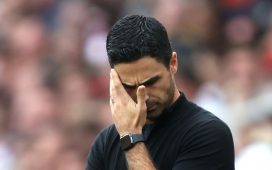