The head of the firm behind the Oxford Covid vaccine has said researchers believe the jab will be effective against the variant strain of the virus that was first found in the UK.

AstraZeneca chief executive, Pascal Soriot, told the Sunday Times more tests were needed to be sure, but hailed the discovery of what he called a “winning formula” to improve the vaccine’s efficacy.

As Spain, Sweden and Canada joined the growing list of countries to have reported cases of the more contagious variant, Soirot said: “So far, we think the vaccine should remain effective. But we can’t be sure, so we’re going to test that.”

The government has ordered 100 million doses of the Oxford/AstraZeneca vaccine, with around 40 million to be available by the end of March.

The Sunday Telegraph has reported that the vaccine could be rolled out en masse from 4 January, although a government spokesperson said in response that the Medicines and Healthcare Products Regulatory Agency must be given time to carry out its work.

“The medicines regulator is reviewing the final data from the University of Oxford/AstraZeneca phase three clinical trials to determine whether the vaccine meets their strict standards of quality, safety and effectiveness,” the spokesperson said.

“We must now give the MHRA the time to carry out its important work and we must wait for its advice.”

There have been some concerns the Oxford vaccine may not be as good as preventing symptomatic disease as the other vaccines such as the one by Pfizer already being distributed.

Soriot said: “We think we have figured out the winning formula and how to get efficacy that, after two doses, is up there with everybody else.

“I can’t tell you more because we will publish at some point.”

Of the figures already released showing up to 90% effectiveness in those given a half dose followed by a full dose, he told the Sunday Times: “We would have preferred a simpler set of results, but overall we thought these are positive, they meet the criteria established by regulators around the world.”

“We assumed people would be a bit disappointed, that’s for sure,” he went on.

“But we didn’t expect that storm.”

AstraZeneca’s publication of the unexpected results, and the temporary halting of its trials, reportedly caused concern at the US Food and Drug Administration, which approves vaccines.

Soirot’s comments come as more countries across Europe start rolling out their vaccination programs, with Hungary on Saturday administering shots of the vaccine developed by Pfizer and BioNTech to frontline workers at hospitals in the capital, Budapest.

Countries including France, Germany, Italy, Austria, Portugal and Spain are planning to begin mass vaccinations, starting with health workers on Sunday. Outside the EU, Britain, Switzerland and Serbia have already started.

Germany said trucks were on their way to deliver the vaccine to care homes for the elderly, which are first in line to receive the vaccine on Sunday.

Argentina, meanwhile, will begin immunising its citizens on Tuesday after becoming the third country to approve the Russian Sputnik V vaccine.

Argentine president Alberto Fernández and provincial governors said on Saturday that health personnel would receive their vaccines in less than 72 hours. Around 300,000 doses arrived in Argentina on Thursday, and subsequent shipments are expected early in 2021. Russia on Saturday approved Sputnik V for use by people over the age of 60.

Argentina, the third largest economy in Latin America, has been hard hit by Covid-19 and logged nearly 1.6 million cases of the coronavirus and 42,501 deaths from the disease. Fears of a second wave are growing. 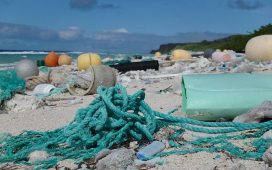 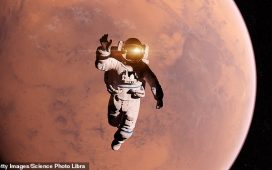 Astronauts who die on Mars missions could be buried there or EATEN by crew members, say experts 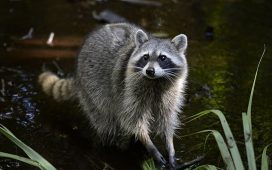 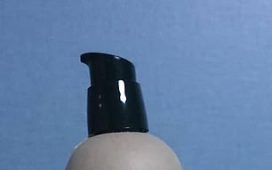 Cosmetic bottle covered with a 'Hello, I'm Paper Bottle' label is made of PLASTIC 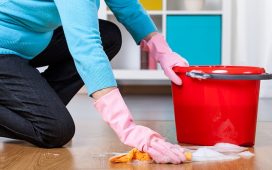