Daryl Maguire has told the New South Wales anti-corruption watchdog that he and Gladys Berejiklian were in love with each other, and had discussed getting married and having a child.

In a dramatic hearing before the Independent Commission Against Corruption on Thursday, Maguire, the former Wagga Wagga MP, made a series of stunning disclosures about the extent of the “close personal relationship” he and Berejiklian conducted in secret for several years from at least 2015.

Answering a series of quick-fire questions from the counsel assisting the commission, Scott Robertson, Maguire revealed the two of them discussed marriage and children, holidayed together and often stayed at each other’s homes during the relationship.

Maguire told the commission he had a key to Berejiklian’s house, which, he says, she never asked him to return. He also told Robertson the relationship was “physically intimate”.

Icac is investigating whether Berejiklian breached the public trust by “exercising public functions” in a position of conflict because of her relationship with Maguire. She has denied any wrongdoing.

At the centre of the watchdog’s inquiry are two grants: the $5.5m given to the Australian Clay Target Association’s clubhouse and convention centre in 2017, and $30m for the Riverina conservatorium of music in Wagga Wagga in 2018.

Icac has previously heard Berejiklian, both as treasurer and then as premier, was directly involved in approving the money. She did not declare any interest in the matters, despite Maguire conceding on Thursday he had been a “serial pest” and “pain in the arse” in lobbying for the projects.

During questioning on Thursday morning, Maguire confirmed he “encouraged” Berejiklian “to take a close interest” in the two multi-million dollar grants, and that “from time to time” she informed him about what she knew about the two funding applications.

Thursday’s evidence was delayed by an application from Berejiklian’s lawyer, Sophie Callan SC, who had sought to have parts of Magurie’s evidence heard in private.

Callan told Icac questions “exposing intimate private details of the relationship” between Maguire and Berejiklian would lead to “irredeemable public scrutiny”, “humiliation” and “harm” to the former premier.

Callan told the inquiry there was no “public purpose served by plumbing the depths” of Berejiklian’s private life, including “hallmarks or indications of the level of commitment or standing that the relationship enjoyed”.

But Robertson opposed the application, saying the extent of the relationship was key to establishing part of the inquiry’s focus, namely whether Berejiklian may have breached the ministerial code of conduct by exercising public duties in circumstances where her “private interest” could potentially influence her.

Using the words of Berejiklian’s former chief of staff, Sarah Cruickshank, who on Tuesday told the commission the former premier had revealed the relationship to her in 2018 but described it as “historic” Robertson said establishing whether or not the relationship had been “a full blown intense one” was a key consideration for the inquiry.

After an adjournment, the commissioner, Ruth McColl AO, sided with Robertson, saying the public benefit of hearing the evidence in public outweighed the concerns raised by Callan. 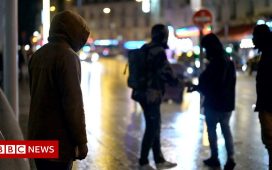