NEWSCABAL
Home » Girl, 7, whose heart stopped for TEN minutes in pool accident thanks hero parents and medics for saving her life
world


A YOUNG girl, 7, whose heart stopped for ten minutes when she drowned in a friend’s pool, has thanked the hero parent and medics who saved her.

Leenah Ali was at a friend’s pool party in Brisbane, Australia, when she quietly sank to the bottom of the pool.

One parent, who had been supervising, jumped in while others called emergency services and were instructed to give CPR, which eventually rebooted the young girl’s heart.

A calm and composed emergency operator can be heard guiding the parents in a recording on the phone call.

“We’re on the way as fast as we can, lights and sirens. But we need to make sure we are doing the CPR before the paramedics get there,” says the operator.

As yelling ensues in the background, she says: “This is going to help them. We need to keep pumping the chest hard and fast 30 times and then two breaths”.

“Thirty times and two breaths, okay,” Jamie replies as she continues to give CPR.

Now, weeks after being rushed to hospital, young Leenah was able to thank the medics and parent who saved her.

In one clip, the youngster is seen thanking paramedics and give Jaime a hug.

Medics said the chances of her surviving had been about one in one hundred.

Speaking to local media on Thursday, Jaime said: “I think there’s a condition reflex response, having a little bit of training.

“As soon as you hear that there’s no pulse, you start compressions.

“That’s basically what it was and I didn’t really have a chance to think about it.”

When medics arrived, they continued with CPR and Leenah was fitted with a breathing tube and was rushed to hospital.

Her parents, Aysha Daud and Ali Azhar, who weren’t at the party, had to wait four days for their daughter to regain consciousness.

Aysha said: “Initially things like that she is breathing, that was reassuring.

“But then the next thing that happened it started to be like, OK, now will she make it? What about the brain damage? What about the disabilities she can have? And that’s what the doctor was warning us.”

Leenah was at first confused when she woke up and asked why she had been “in a baby hospital” and wondered how old she was.

After a slow and careful recovery, the younger is back at school but it steering well away from any pools.

This ordeal has encouraged her mum to learn CPR.

“Because that is the thing that made the difference. And it’s very important for us to know it because if we see someone that needed it, we can help them.” 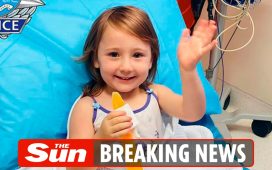 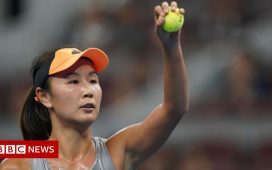 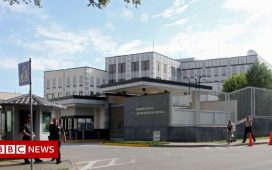