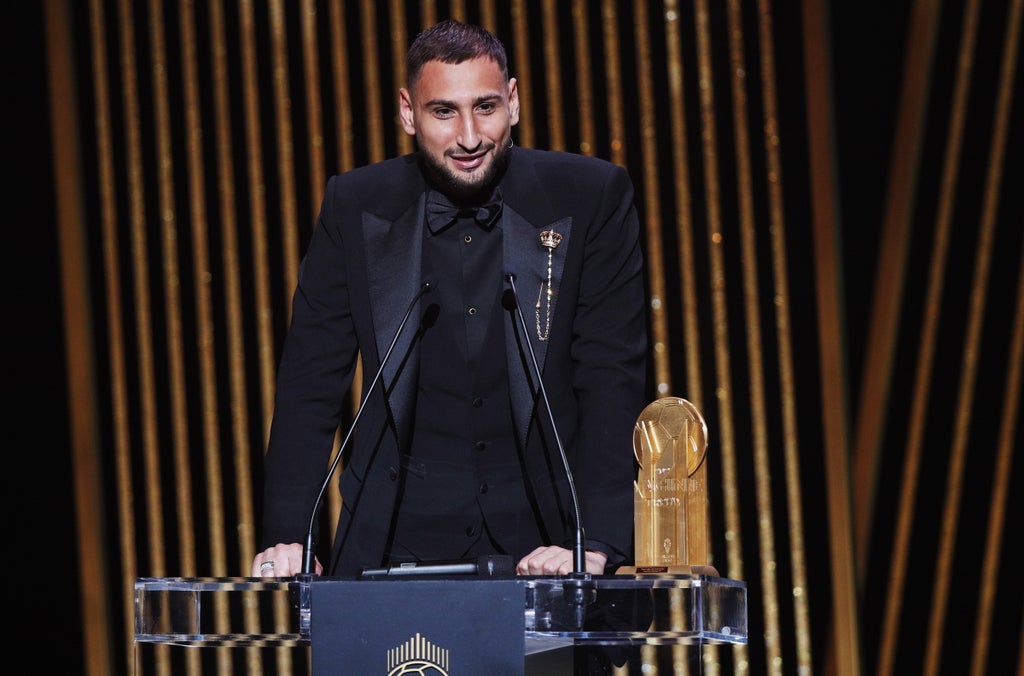 Gianluigi Donnarumma has won the Yashin Trophy, awarded to the world’s best goalkeeper this year at the Ballon d’Or ceremony in Paris.

Italy’s No1 played a starring role in their Euro 2020 triumph with crucial penalty shootout saves and kept a miserly defensive record throughout the competition, and he was named the Player of the Tournament. His club form has been less impressive, however, making only made a handful of appearances so far since swapping AC Milan for Paris Saint-Germain in the summer due to injury and the form of Keylor Navas.

Donnarumma, 22, fought off competition from Chelsea’s Edouard Mendy, who has been outstanding under Thomas Tuchel and kept goal as the Blues won last season’s Champions League, as well as helping them to the top of the Premier League this season with only five goals conceded.

Donnarumma becomes only the second goalkeeper to win the trophy, following in the footsteps of Liverpool’s Alisson Becker who won the inaugural Yashin Trophy in 2019. There was no winner in 2020, when the Ballon d’Or awards were cancelled due to the pandemic.

The Yashin Trophy was established to show specific appreciation to goalkeepers, after only one – the Russian great Lev Yashin – had ever won the Ballon d’Or itself since its inception in 1956.

Leicester’s Kasper Schmeichel came seventh after his exertions in winning the FA Cup and starring for Denmark at Euro 2020, with Aston Villa’s Emi Martinez one place higher following his Copa America win with Argentina.