oung Londoners were today urged to get jabbed on a vaccination “Super Saturday” as confirmed Covid-19 cases soar among 20 to 24-year-olds in some boroughs.

Thousands of appointments were as of this morning available at mass vaccination centres at West Ham, Chelsea and Charlton tomorrow, and at Spurs on Sunday.

Prof Fenton told The Standard: “Our collective mission over the coming weeks is clear – we must keep case rates down as we further expand the vaccination roll-out.”

However, he also warned: “Case rates are on the increase across the city, with sharp rises among the 20-24 age group in some areas.

“We need young Londoners everywhere to help get us over the line by getting jabbed, getting tested and following the basics of Hands, Face, Space and Fresh Air at all times.”

The capital currently lags behind other regions in the jabs roll-out, leaving it more vulnerable to a surge in cases.

Only about 8,000 of the 15,000 vaccine appointments available at the Olympic stadium had been reserved by last night, the Standard understands – prompting the Mayor to urge Londoners not to miss the chance of a life-saving jab.

Mr Khan, who was meeting vaccines minister Nadhim Zahawi today to press the case for more Pfizer and Moderna jabs for Londoners under 40, told the Standard: “We are working incredibly hard to make this weekend a massive success.”

He said the mass vaccination events were vital in encouraging younger Londoners who have not received an official jab invitation – often because they are not registered with a GP – to come forward.

See also  Eating too much rice with your curry can be fatal, experts warn

“We are relying on the Standard and others to let Londoners know that there are these opportunities this weekend to receive the jab,” he said.

A huge turnout and the sight of long queues will increase the pressure on ministers to deliver more jabs to London. There are high-level concerns that thousands of vaccines promised in recognition of the capital’s younger population are yet to be delivered.

It is understood that more than half the 11,000 people who attended a Twickenham “surge” event last month were not registered with a GP, and London leaders are keen to pursue the strategy of more “walk-in” events that are also open to people regardless of immigration status.

An urgent appeal for volunteers to act as stewards at the Olympic park, Chelsea FC, Bridge Park leisure centre and the Dominion Centre in Southall was launched today.

Sign up at: www.nhsvolunteerresponders.org.ukThe event at Chelsea’s Stamford Bridge stadium, at which 6,000 first and second doses of Pfizer will be available, has been set up because of increased cases in west London.

The seven-day Covid rate has leapt to over 300 confirmed new infections per 100,000 people among 20 to 24-year-olds in three boroughs.

* A string of other inner London boroughs are also on a rate of at least 90 including Southwark, Kensington & Chelsea, Westminster, Camden and Islington, far higher than Barking and Dagenham on 32.9, Bexley 37.1 and Barnet 43.2.

Children age ten to 14 in some boroughs recently saw the highest number of confirmed infections, partly due to more testing in schools.

Among Londoners aged 60 and over, who are more vulnerable to the virus but the vast majority of who are vaccinated, the rate has only crept up to 15.8, compared to 81.5 for those aged 59 and younger.

In some parts of the country the increase in infections seems to be slowing, prompting hopes that lockdown could be fully eased on July 5 at a mid-point review, rather than having to wait until July 19.

The number of coronavirus patients being admitted to London’s hospitals is rising slowly, and there were 300 in hospital as of yesterday, with 53 so ill that they are on ventilators.No more deaths, within 28 of individuals testing positive for the virus, were announced for the capital yesterday.

The healthcare figures show the vaccines are working in stopping severe disease in most cases.

This means that 7,997,823 first and second doses have been administered in the capital, meaning 2,048,150 first doses and 1,454,027 second doses are required to achieve the Prime Minister’s aim of offering the vaccine to all people over 18, and double jabbing two-thirds of adults, by July 19.

Prof Fenton explained further: “The decision to hold off on Step 4 of the roadmap has bought us more time to maximise the level of immunity in London. The extension of vaccines to all over 18s is an important step, and we need to continue the uptake of second doses in those over 40.

“The vaccines provide strong and effective protection against severe disease and death from the Delta variant – protection we will need if we are to meet the target of fully easing restrictions next month.

“So please come forward if you have not done so already, including for your important second dose, and encourage friends and family to do the same. We need everyone to join the effort so we can make a success of the final push to July 19.” 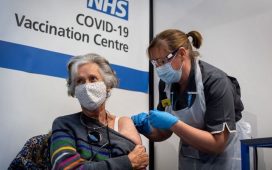 Can I get Pfizer booster jab? Top-up to be offered to these Britons 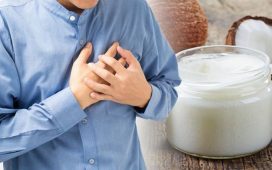 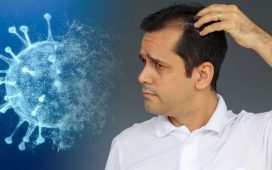