The result itself was no shock. What nobody could remotely have foreseen – with the possible exception of Gerwyn Price himself – was the jaw-dropping manner in which it occurred. In becoming world champion for the first time, the 35-year-old Price produced one of the most complete, most dominant, most implausible performances ever seen on the Alexandra Palace stage.

His 7-3 destruction of Gary Anderson was notable not just for what it was, but for what it portended: the birth of a new superstar of darts, the first player to seriously challenge the supremacy of Michael van Gerwen, the first new world No 1 since van Gerwen took over from Phil Taylor seven years ago. As Price steamrollered the two-times world champion Anderson, what stood out above all was the sense of utter certainty: a display of brawn and bottle and unerring brilliance that at times genuinely defied belief.

It is this same certainty, this same sense of predestination, that has propelled Price from the ranks of the journeymen to the pinnacle of sport in just a few short years.

A few weeks after Van Gerwen won his first title in 2014, Price emerged from hundreds of anonymous hopefuls to win his tour card at a leisure centre in Wigan. His first few years in the sport were largely unremarkable. For many in his home country, he was still best known as a former hooker for Neath.

And even if Price never turned on himself, plenty of others did. To this day, his brash celebrations at the oche and unabashed self-confidence ensure him a healthy chorus of boos wherever he goes. Two years ago he earned a £10,000 fine for celebrating violently in Anderson’s face at the 2018 Grand Slam of Darts. For this, and for many other reasons, perhaps the tag of pantomime villain will never quite leave him.

But equally, perhaps the sideshow he attracts has served to distract us from his sheer, abundant talent. His reputation as a firebrand obscures the extent to which he has thought about the game, has honed his skills, mastered his emotions. And the Price who sits on top of the world on Monday morning is a player who has conquered the sport on his own terms.

Some of his scoring and finishing around the middle of the game was the stuff of dreams. His sixth-set average of 136 was the highest ever seen in a world championship final. And yet as he weathered a late charge from Anderson, who reduced his 6-1 lead to 6-3, you could see the tempests raging within him, feel the intensity in every dart he hurled. Victory was greeted with a roar of relief and exhaustion, the culmination of a journey that few who witnessed it will forget in a hurry.

It was a contrast of styles: of temperaments and outlooks and approaches to the game. Price, the first-time finalist, marched onto stage purposefully, eyeballing the dancers, puffing out his sizeable chest like a man barging straight to the front of the queue at Sports Direct. A few yards away, a diffident and unhurried Anderson was carefully removing his spectacles from their case. Price took first blood. Anderson hit straight back, nailing a 128 finish to turn the tide.

Already the tension in both right arms was palpable. Finals tend to be won by front-runners: not since Taylor blitzed a young Van Gerwen in 2013 has a player won after going two sets behind. Which is why what Price did next felt so decisive. First he went 2-1 ahead with legs of 12, 13 and 14 darts. Next he stretched his lead out to 3-1, then 4-1, them 5-1. In the biggest match of his life, Price was finishing like a man who had forgotten how to miss.

It was around this time that we began to notice something strange about Price. He was barely celebrating. Occasionally a big finish would get a vivid fist pump, but this felt like a streamlined, pared-back version of the roaring repertoire. We realised now just how much of his on-stage theatre was mere puffery, plumage, performance. Now, utterly absorbed in his mission, Price the persona had receded entirely. Price the player had taken over.

Perhaps it was no surprise that Price deflated a little after that. He began missing. Two match darts went begging. Then three. Then six. Then nine. “I’ve never felt pressure like that in my life,” he admitted later. But finally, after Anderson had missed two darts for the 10th set, Price walked all the way down to the trophy, composed himself, and nailed double-5 to win the title and a cheque for £500,000.

Back in the Netherlands, you can bet that Van Gerwen will have been looking on too: marinading, reflecting, plotting his way back to the top. A new golden era of the sport may just be upon us. 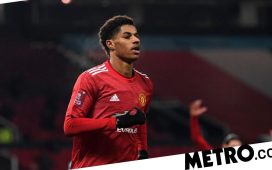 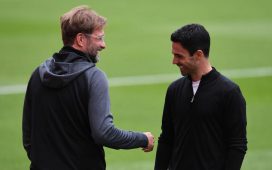 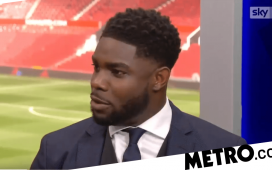 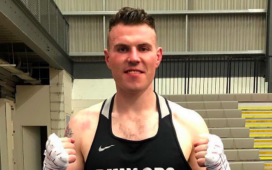 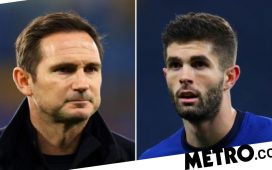