FILE PHOTO: Airplanes of German carrier Lufthansa are parked at the Berlin Schoenefeld airport in Schoenefeld, Germany, May 26, 2020. REUTERS/Fabrizio Bensch

FRANKFURT (Reuters) – German airline Lufthansa (LHAG.DE) posted a net loss of 2.1 billion euros ($2.35 billion) in the first quarter, writing down the value of assets as the coronavirus pandemic hits the travel sector.

The loss, which compares to a net loss of 342 million euros in the year-earlier period, was driven by write-downs of 266 million euros on its fleet, as well as write-downs on the book value of catering business LSG North America by 100 million and on budget unit Eurowings by 57 million, the carrier said on Wednesday.

Lufthansa, which had grounded almost all its aircraft at the height of the coronavirus pandemic, confirmed a loss before interest and tax of 1.2 billion euros during the first three months of the year, first reported in April.

The airline is bracing for a significant decline in 2020 earnings before interest and tax, adjusted for one-off items, from the 2 billion euros reported last year, saying demand was only gradually recovering and that it was unable to be more specific amid uncertainty over the pandemic.

The group’s non-executive board on Monday approved a 9 billion euro ($10 billion) government bailout that will force it to cede some of its prized landing slots to rivals.

Under the plans, the German government will take a 20% stake in the airline, which could rise to 25% plus one share in the event of a takeover attempt, as well as two seats on its supervisory board.

Lufthansa will also be obliged to transfer to rivals up to 24 take-off and landing slots at its hubs in Frankfurt and Munich.

Analysts expect the national carrier to be removed from Germany’s benchmark blue-chip index DAX .GDAXI of which Lufthansa has been a constituent since the gauge’s inception in 1988. Stock exchange operator Deutsche Boerse is expected decide the a relegation on Thursday. 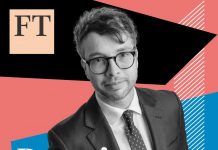