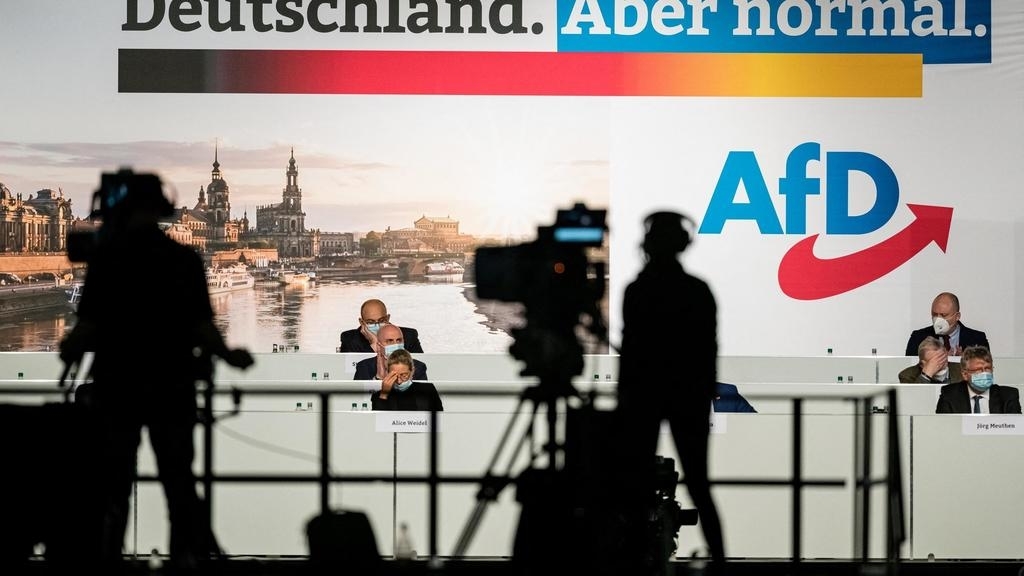 Germany’s far-right AfD party vowed to campaign for an end to coronavirus restrictions, a tougher line on migration and an exit from the EU as it finalised its election manifesto on Sunday.

On the second day of a congress to firm up its strategy ahead of Germany’s election on September 26, the anti-Islam, anti-immigration party voted to call for a complete ban on refugees being joined by family members.

Party members agreed to come out against “any family reunification for refugees”, revising previous wording that had called for such reunions to be allowed only under exceptional circumstances.

The AfD had on Saturday voted to include a call for Germany to leave the European Union in its manifesto, as well as vowing to demand an end to coronavirus measures, complaining of a “politics of fear”.

The AfD has often sought to capitalise on anger over Germany’s coronavirus measures ahead of September’s election—the first in 16 years not to feature Chancellor Angela Merkel, who is bowing out of politics.

Some AfD members have courted controversy by joining anti-vaxxers and “Querdenker” (Lateral Thinkers) at various demonstrations against coronavirus restrictions.

Starting out as an anti-euro outfit in 2013, the AfD capitalised on public anger over Merkel’s 2015 decision to allow in a wave of asylum seekers from conflict-torn countries such as Syria, Afghanistan and Iraq.

The party caused a sensation in Germany’s last election in 2017 when it secured almost 13 percent of the vote, entering parliament for the first time as the largest opposition party.

But it has lost support as Germany reels from the coronavirus pandemic, and has lately been plagued by internal divisions and accusations of ties to neo-Nazi fringe groups.

Latest surveys have the party polling at between 10 and 12 percent, with Merkel’s CDU/CSU on around 27 percent and the surging Greens not far behind.